Triumph has announced two new sub-models of the Tiger 1200 adventure bike. One is aimed at street-based adventures, the other is more dirt-worthy. However, the main differences between the new Desert Edition and Alpine Edition motorcycles are cosmetic with the addition of quick shifters. 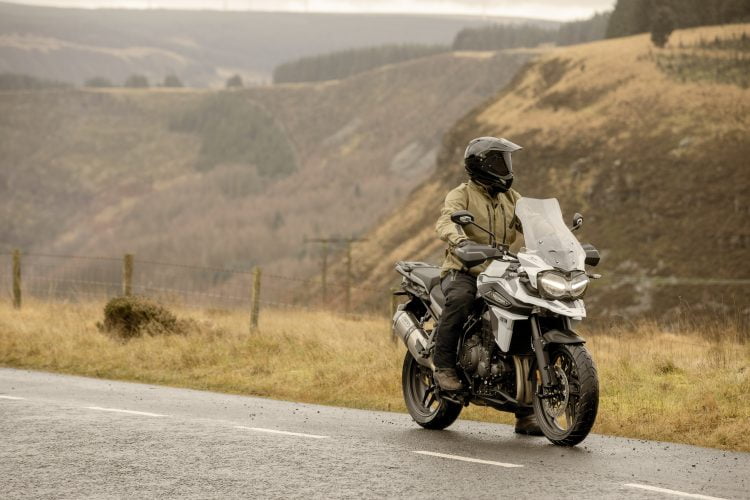 First up, the street-friendly model, the Alpine Edition. This machine is based on Triumph’s Tiger 1200 XR line, with cast wheels.Triumph’s presser says it’s inspired by “epic alpine adventures that Tiger 1200 have enjoyed across one of the most breathtakingly beautiful mountain ranges in the world.” According to the release, you get a ‘Snowdonia White’ paint scheme, dedicated ‘Alpine Edition’ graphics, a set of swanky radiator badges, and a lightweight titanium muffler, sourced from Arrow.  That new silencer doesn’t seem to affect horsepower, as the three-cylinder engine is still rated at the same 139 hp at 9.350 rpm and 90 lb-ft of torque at 7,600 rpm. It should cut weight down, however.

Triumph does include an up/down quick shifter on the Alpine Edition, which will certainly be a welcome addition for many buyers.

The Desert Edition (based on the XC line, rolling on spoked rims) follows the same pattern—it’s “Inspired by the epic motorcycle adventures the Tiger 1200 has taken across the world’s most inhospitable and challenging deserts“. Triumph’s given it a ‘Sandstorm’ special edition paint scheme, its own graphics kit, and new rad badges as well. Just like the Alpine Edition, it also gets an up/down quick shifter and titanium muffler. 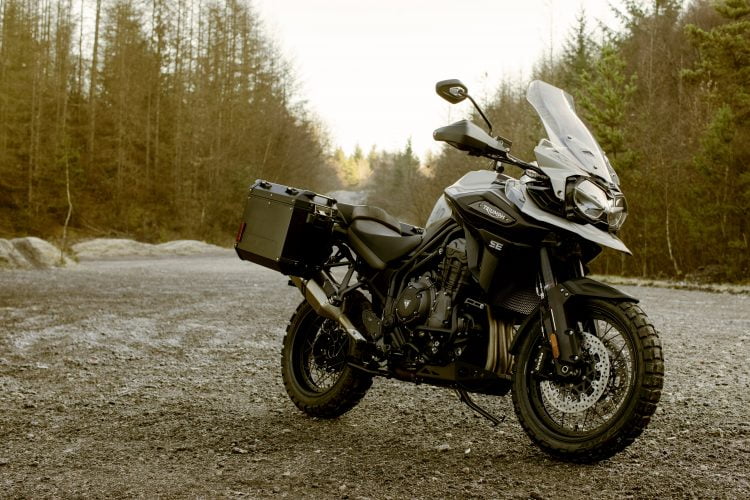 The Triumph Tiger 1200 Desert Special, made for riders who intend to go off-tarmac. Photo: Triumph

At their core, both these bikes are essentially the same as the standard 1200s, with semi-active suspension, the same engine, the same electronics package (leaning ABS, traction control), all-LED lighting, cruise control, electronically-adjustable windshield, and all the rest of that kit. So far, we haven’t seen pricing or availability for either machine.