Sinnis’s current marketplace is in 125cc motorcycles.  According to their website:

…we’ve been designing awesome, affordable two-wheeled machines for the small capacity market since 2005. We are the leading UK 125CC design and manufacturing house, with over 60 models produced in just a decade-and-a-half of mass market production.

So if that’s all true, then they have more than a bit of design experience.  That’s good.  It appears that their machines are manufactured in China.  Whether that is a good or bad thing is often debated.  But anytime there’s a new model to choose from, that’s a good thing.   So let’s talk about the Terrain 380 Adventure (T380). 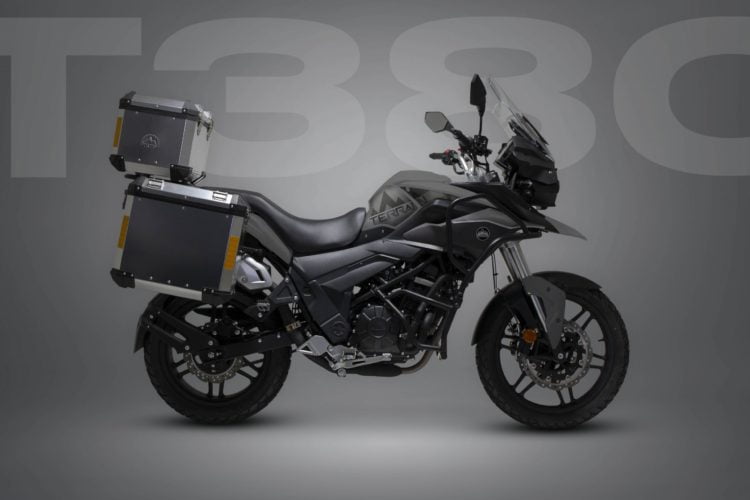 The Terrain 380 Adventure is also available in Satin Silver.

Sinnis says that the T380 uses a fuel-injected, liquid-cooled, 380cc single overhead cam parallel-twin engine putting out 36hb at the crank.  At that output, the bike is an A2 legal machine.  Top speed is a claimed 92mph.

As for its suspension, Sinnis’ website says the following:

That’s not much information other than to say that the “shocks” are adjustable.

Braking at the front is provided by a dual-piston, radially mounted calipers grasping twin discs.  At the rear, a single-piston caliper grabs a single disc.  The wheelset includes a 110/80-19 front with a 140/70-17 rear with tubeless tires.  Claimed seat height is 820mm (~32.25″).  Other “nice to haves” include a connected full-color LCD display and LED lighting. 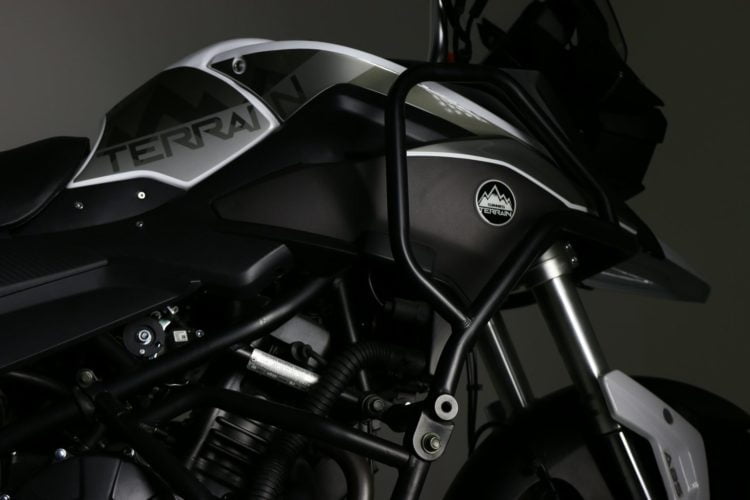 The T380 also comes with “drop protection” which is quoted as being “full chassis rails” that protect the bike’s engine and side fairings from slides and drops.

Unfortunately, the T380 is no lightweight.  It comes in at 200kg (440 pounds) and Sinnis does not say whether the quoted weight is “wet” or “dry”.  Since they don’t say which it is, you’ll have to draw your own conclusions.  That’s pretty heavy considering that KTM’s 390 Adventure weighs a claimed 349 pounds dry.  Finally, the T380 is available in either “Satin Silver” or Rosso Red paint schemes. 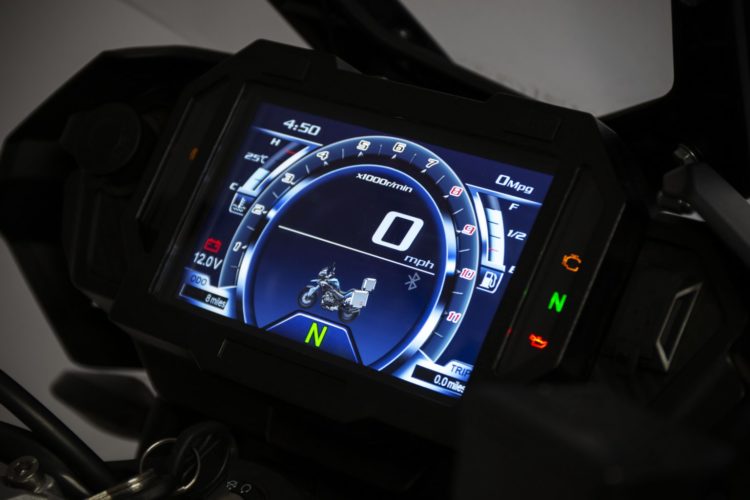 In any event, it’s nice to have more choices if not for anything more than comparison.