The company had initially planned to make an attempt in July 2020.  But due to COVID-19, there has been a delay.  Now, the effort will occur in July 2021 at the Salar de Uyuni salt flat in Bolivia.  Six-time motorcycle roadracing world champion Max Biaggi will be at the helm for the dash across the white surface. 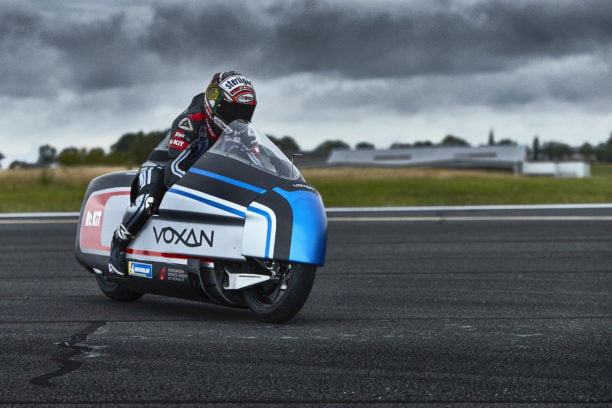 Although the record attempt delay is disappointing, it did not stop the company from unveiling its electrically powered streamlined bike.  The bike is an entirely new concept and is not based on any existing motorcycle.  Started in 2018, the bike is a totally from scratch, clean sheet of paper design.  And, it is quite swoopy.

“We were keen to move fast.  So, we focused on two main points: drag (aerodynamics) and stability at high-speed. We were aiming to have the smallest possible projected area but with a long wheelbase and a large rake so the rider would be positioned as low as possible. We then identified a target speed, based on the existing record, which was originally 203.56 mph (327.6 km/h), but which was set at just over 204.48 mph (329 km/h) by Ryuji Tsuruta, riding a MOBITEC EV-02A in the autumn of 2019. That made no difference to our roadmap, as we were already aiming for a minimum of 205.05 mph (330 km/h).” –  Louis-Marie Blondel to autonomousvehicletech.com

Just by looking at it, you can tell the Voxan Wattman is no ordinary machine.  Special design criteria make the purpose-built machine ready for its land speed record attempt.  Up front, the bike uses a double-wishbone front suspension rather than a telescopic fork.  The setup keeps both sides of the wheel clear and reduces aerodynamic drag.  It also provides for a longer wheelbase for more stability. 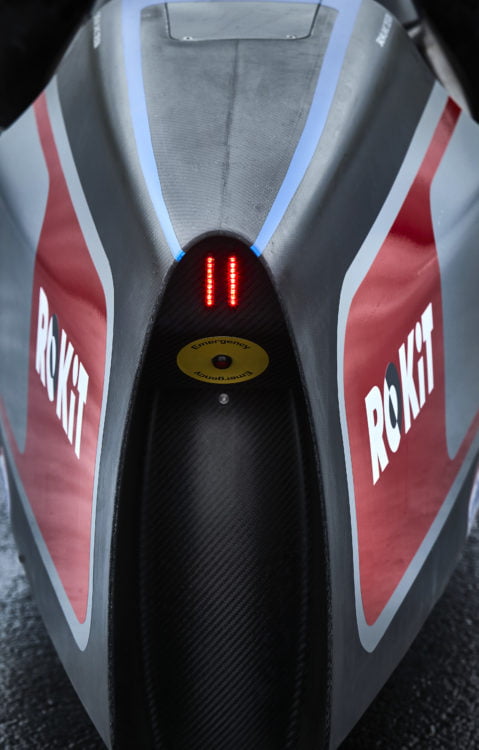 Interestingly, the bike has no conventional cooling system and no need for a bulky radiator.  Instead, the bike’s electrics are cooled by dry ice contained in a tank mounted under the seat.  This keeps the bike narrow for a better aerodynamic advantage.