I’ve been wearing a HiViz jacket for years, so it’s not like I’m shy about making myself seen with garish clothing on the road

And I don’t look askance of people who ride with those reflective safety vests. It’s their ride, they can do what they want.

But even for me, Held’s new safety addition might be going a wee bit too far. Maybe it’s a good thing it seems to only be available for the European market right now.

Held are now selling a fiber-optic LED lighting system that can be retrofitted to some of their gear that’s already on the market.

The device is a rechargeable light tube made by Osram. It can make light for about seven hours before it needs to be recharged. There’s no information on how many charging cycles it can go through before the battery finally goes dark. 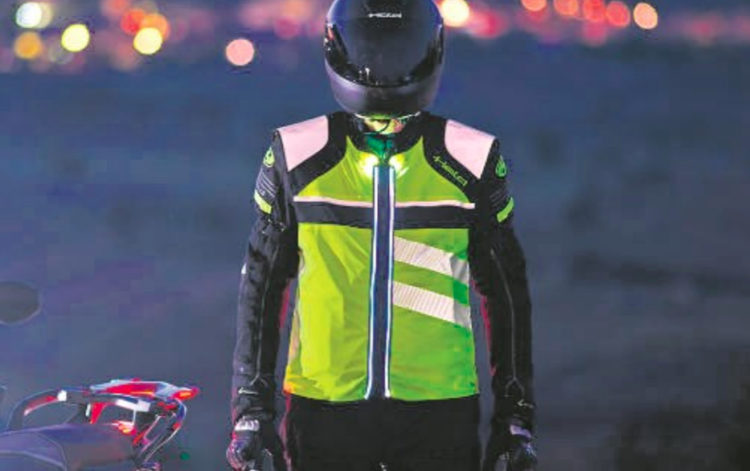 The tubes aren’t bulky, as you’ll see in the video below. They fit into channels that are built into Held’s top-of-the-line Atacama jacket, their Flashlight LED vest and the Yoshima jacket.

If those product names aren’t familiar to those of you reading this in the US, it’s because none of them seem to be on sale here (not that I can find, anyway.)

The whole tube system for the jackets/vest costs £69.99, or about $90 US. We’ll have to wait and see if the LED tube lights ever make it across the Atlantic.

In the meantime, here’s a video explaining how they fit and how bright they are, from Motorcycle News.

Breaking
Valentino Rossi will retire from MotoGP at end of season