This is the second in our series of weird motorcycles.  This time we talk about the German Sd.Kfz.2.  That’s a lot of terminology for a motorcycle, but in this case, it stands for Sonderkraftfahrzeug 2 or better known as the Kleines Kettenkraftrad HK 101 or Kettenkrad for short.  If we break down the name Kettenkrad, “Ketten” means tracks, and “krad” is the German administrative term for a motorcycle.

Now that we have that out of the way let’s talk about the machine itself.  Interestingly, the bike was specifically designed to fit into and be delivered by the Junkers JU-52 aircraft. 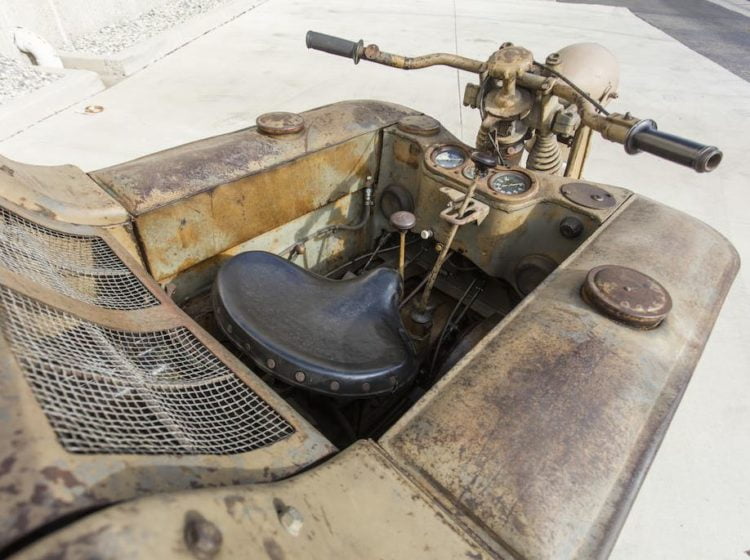 The rider’s position inside the Kettenkrad.

Soldiers could steer the Kettenkrad by turning a set of handlebars up to a certain point.  For sharper turns, the machine’s track brakes could turn the Kettenkrad very sharply. 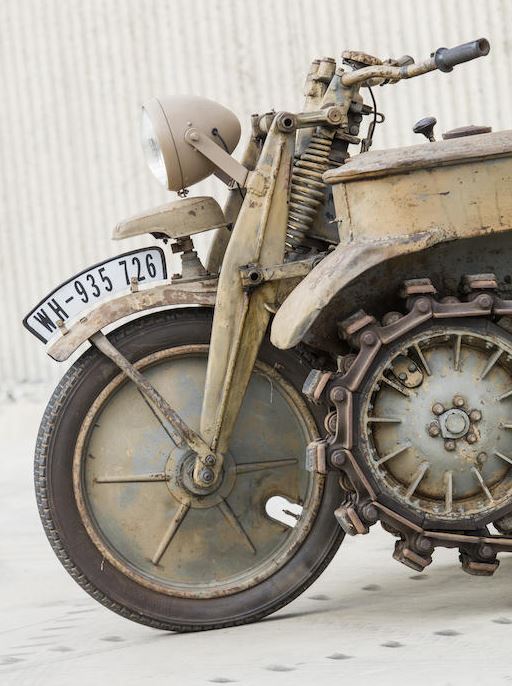 The front wheel of the Kettenkrad could be removed for extreme terrain.

The bike had several uses.  Besides carrying troops, the Kettenkrad also laid communication cables, pulled heavy loads, and towed aircraft.  With its specialized trailer which could haul 350 kilos

Patented in June 1939, production initially didn’t last long.  Production started the same year and ended in 1944, with a total of 8,345 units built.  After World War II, production began once again.  This time the Ketterad saw agricultural use after a total of about 550 more Ketterrads we’re produced. 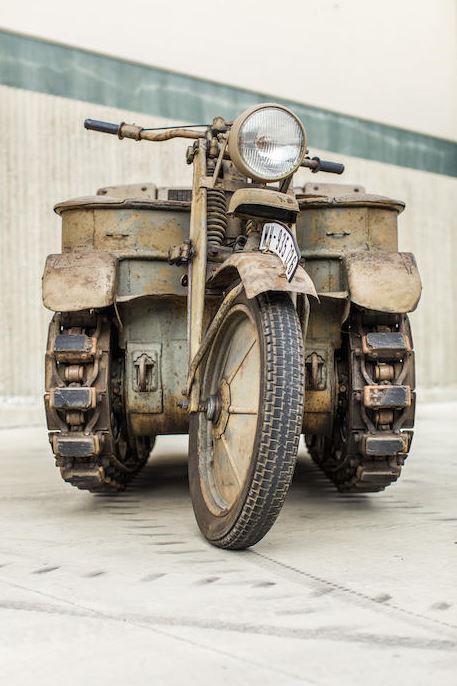 From this angle, it looks more like a motorcycle.

Clearly, there’s a market for these “motorcycles.”  What do you think about this machine?  Would you own one?  Let us know in the comments below.