Somehow I’m getting the feeling that we’re beginning to think of around-the-world and other long distance adventure travel as something to be endured. As something that’s hard to do, and miserable and lonely and even expensive. I’m sure there is no hidden agenda to discourage people from trying motorcycle adventure travel, but sometimes it almost seems like it. That is so wrong.

Yes, I’ve been miserable out on the road. Sure I have. But I look at it this way: I have a comfortable, settled existence now with friends and a nice house, but I also have major depression. I didn’t have any kind of depression when I was sitting in a two-man tent with a week-long sandstorm howling through the Sahara outside. I was pissed off, and getting really tired of playing Mastermind with Mrs Bear, but not depressed.

All right, I know that clinical depression is quite different from just feeling depressed, but I’m sure you take my point. 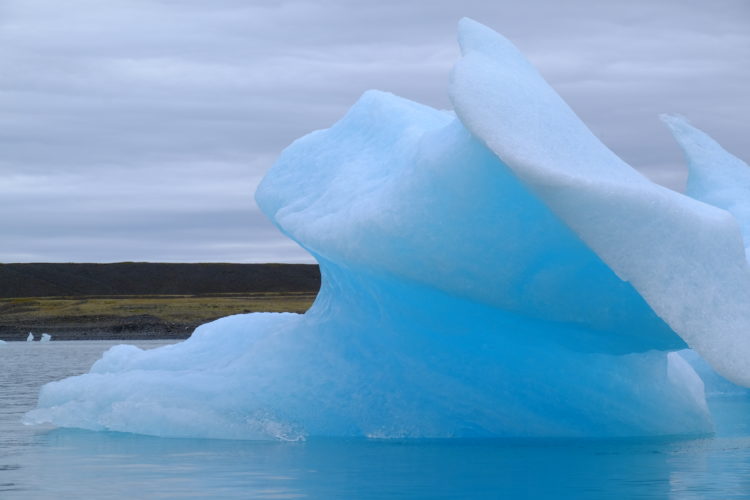 Yes, Iceland has icebergs. Did you know that they glow blue?

And here’s the thing: out on the road, I have felt transcendent joy sitting on a sand dune in Central Australia, looking at the amazingly bright, sharp stars. Who knew that the stars are coloured? They’re not just points of more or less white light, the way they look in the city. Get out there where there is no industry or any other veiling of the night air, and they are all the colours of the rainbow! 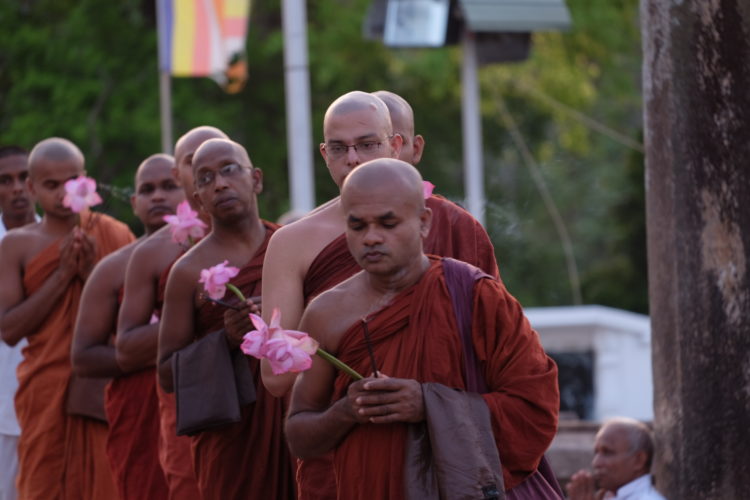 The Buddhist monks in Sri Lanka have a lot of impressive ceremonies.

Did you know that from the top of a seaside cliff in Norway, the ocean can look just like a huge sheet of burnished steel? That’s not a metaphor; it really did look like a vast steel plain stretching to the horizon when I looked at it from that lookout in, was it Alesund? On that same morning, the tiny Rose Church had made me, a dyed-in-the-wool non-believer, feel the almost physical impact of the faith of the people who had built this gem.

I climbed the mud battlements of the desert city of Bam in Iran before the earthquake levelled it, and found myself drawn back to a time when the bells of tired caravans sounded across the endless-seeming sand. Don’t get me started on climbing to the head of one of the Buddhas at Bamiyan, now destroyed by the strutting fools of the Taliban. I know I shouldn’t have climbed up there, just as I now know that I shouldn’t have climbed Uluru in my home country. 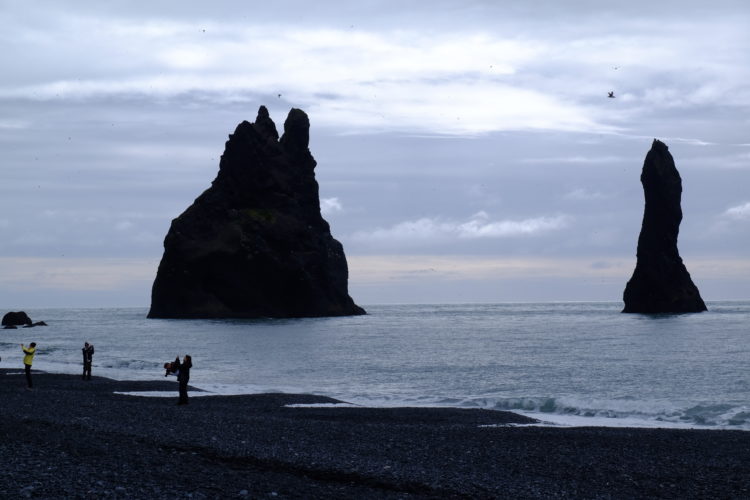 For me, the people in the bottom left hand corner really make this photo because they give it scale.

But I did it, and it stopped my breath and made me feel more than just one small human being.

Back in Afghanistan, I’ve chatted over tea with a village schoolteacher although we didn’t know a single word of each other’s language. It’s enlightening how much you can convey by tone of voice, the use of your hands and facial expressions and a few names – “Russians!” – thumbs down. Wave hand upwards, then stab it down a few times and go “pew, pew” and get raised open hands and a fearful expression in return. Yes, he knew of aerial attacks. 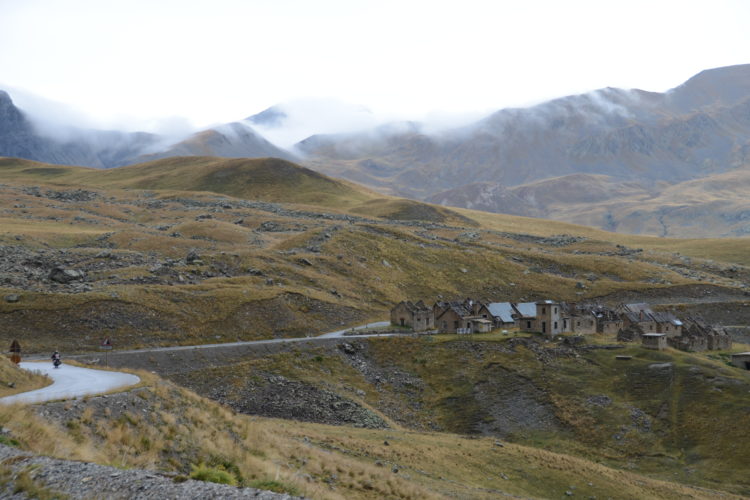 An abandoned military post in the Alps. Whose was it? Who cares?

Is it something about tea? We stopped at a farmhouse in Turkey, near Silifke, to ask whether we could camp on the family’s land. Instead we were invited in, given tea and fed and entertained with stories of the family’s attempts to renovate a Roman bathhouse in their banana plantation, and the father’s time in Germany as a taxi driver. I do have a few words of Turkish, but he spoke a lot more German. We were allocated a bed, and in the morning we got a guided tour of the bathhouse. 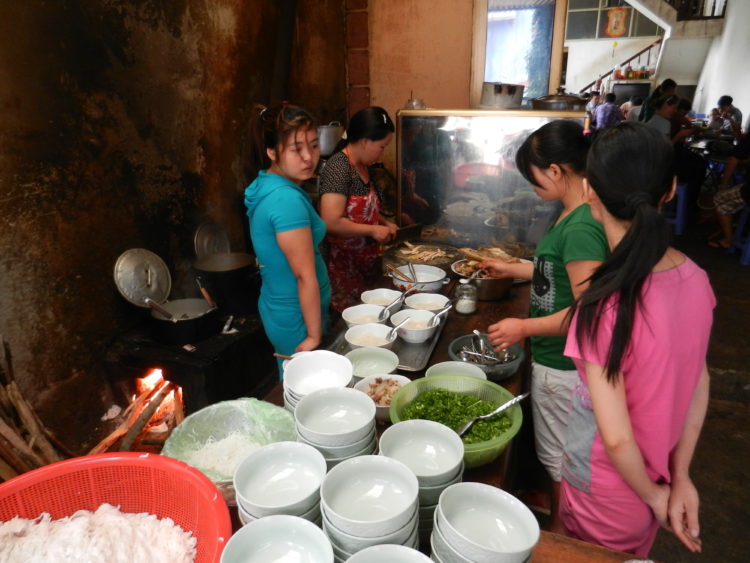 A fire, two pots and you have all that is necessary for a Vietnamese restaurant in the countryside.

Sure, on that same trip I scratched my ankle on some limestone climbing down to a beautiful and empty beach, and got a blood infection which had me shivering so hard for a couple of nights that you could have run a generator off me. That’s life.

What I’m trying to do here is not boast of the things I’ve experienced, but to stimulate other travelers’ memories. What have you done that you could never have managed if you hadn’t been out there on the long road? Whom did you meet and will never forget? Did you have a transcendent moment somewhere, and will you be kind enough to share it with the rest of us? Plenty of room below. 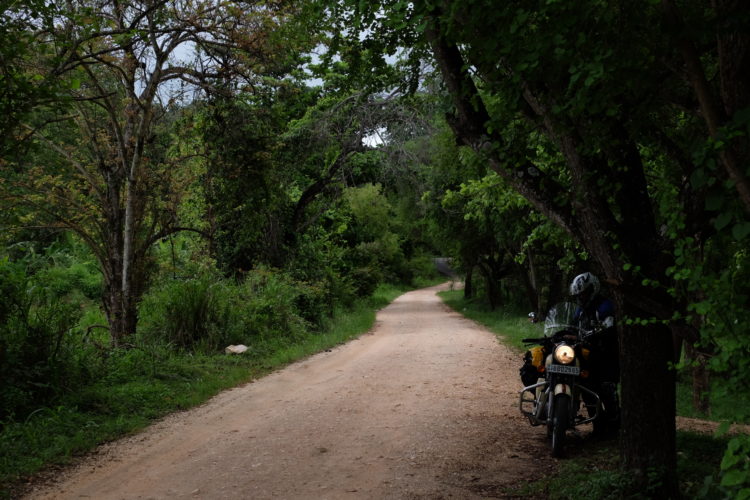 A trail-side stop, just to listen to the silence.

Different experiences strike those magic notes with different people. A friend of mine spent a full moon’s night sitting in front of the Acropolis above Athens (before serious security, when you could still do such things) and felt himself transported back to Plato’s Greece. Which reminds me of the time Charlie and I rolled across the ridge above Trabzon where Xenophon’s soldiers must have reached the Black Sea after wandering the Anatolian highlands, and broke down and cried “Thalatta! Thalatta!”

The sea, the sea.

On your travels, what was your “sea”?