Here’s a pretty wild bobber from India that’s not a stripped-down anything. Instead, it’s built from the ground up.

And the starting point was a mash-up engine that was initially two Royal Enfield 500s shoved together. 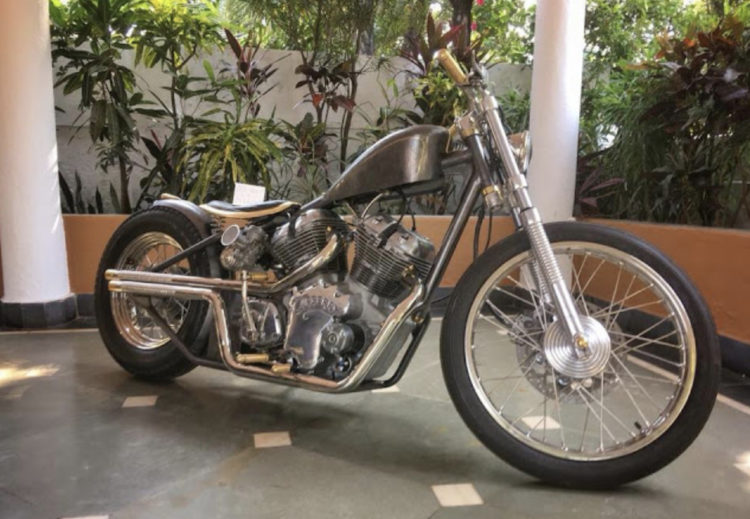 It’s the Alchemy 1000 Bobber, designed and made by Paul Smith of Jugaad and Company. (Jugaad is a Hindi word that’s kind of penny-tech — it means improved or makeshift, but in business it’s come to mean frugal and flexible.) 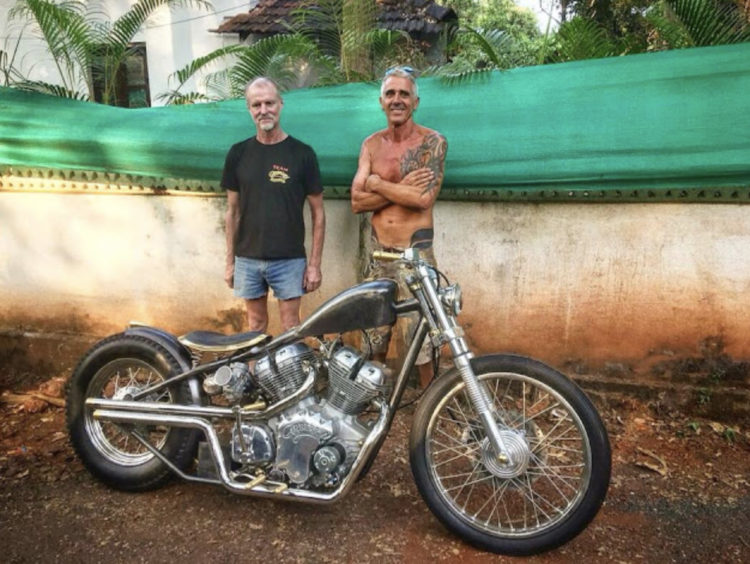 Smith designed his hardtail bobber around the Carberry engine. It’s designed by Australian Paul Carberry and it began life as two Royal Enfield 499cc UCE motors from the Royal Enfield Classic 500 mated and balanced. Over time it’s shed a lot of Enfield parts, though.

A heavy-duty engine calls for a heavy-duty drive train. The primary chain has been strengthened. The seven-plate clutch was made for a 2 liter car. It has a heavy crankshaft and a heavy duty starter motor. 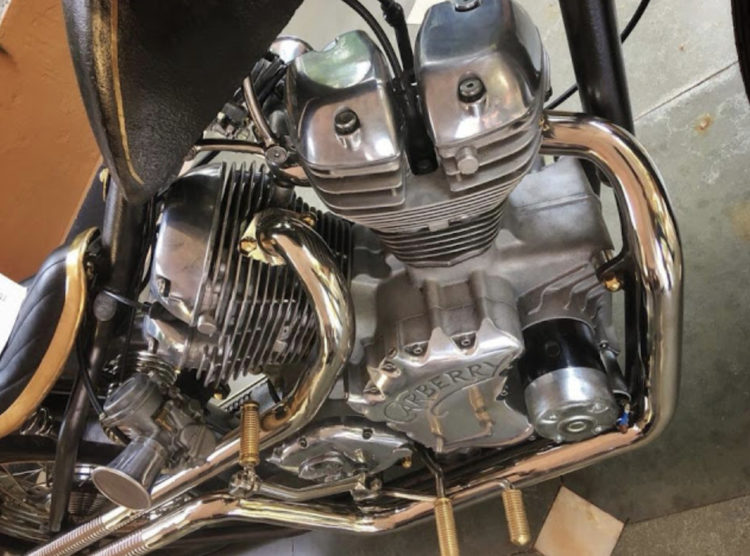 The mash-up engine of the Alchemy 1000 Bobber — image courtesy of Jugaad and Co.

Much of what you see has been either designed or outright made by Paul Smith. The exceptions are the afore-mentioned engine, and the suspension, wheels and electricals.

The pipes, frame, tank, bars and seat are all unique. 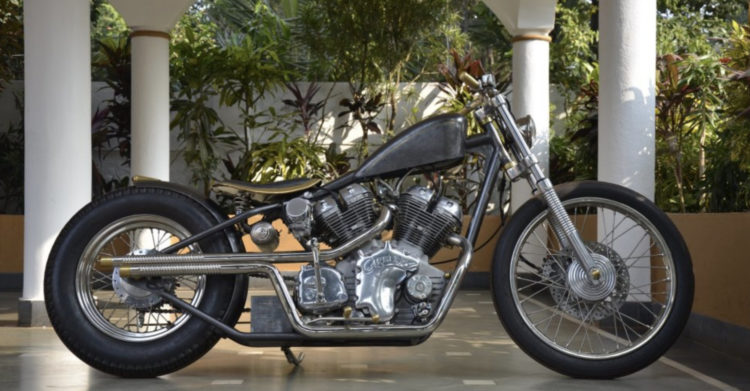 It hasn’t been painted, either. Anything grey is polished or brushed metal. Anything yellow is brass. 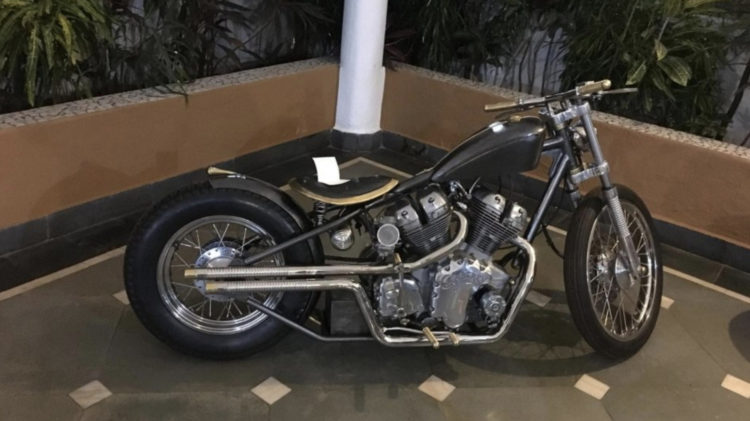 By the way, this isn’t the only machine to sport the Carberry v-twin. Carberry ceased production in Australia but they make bikes in India and, as mentioned above, they actively market their engine for others to build around. 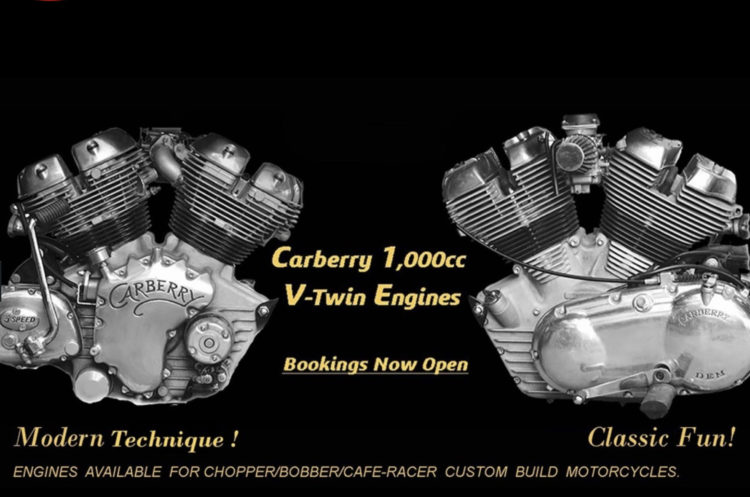