All right, let’s get serious about this. The world’s highest ‘motorable road’ is not the one you’ve been told about. It is not even in the Himalaya. 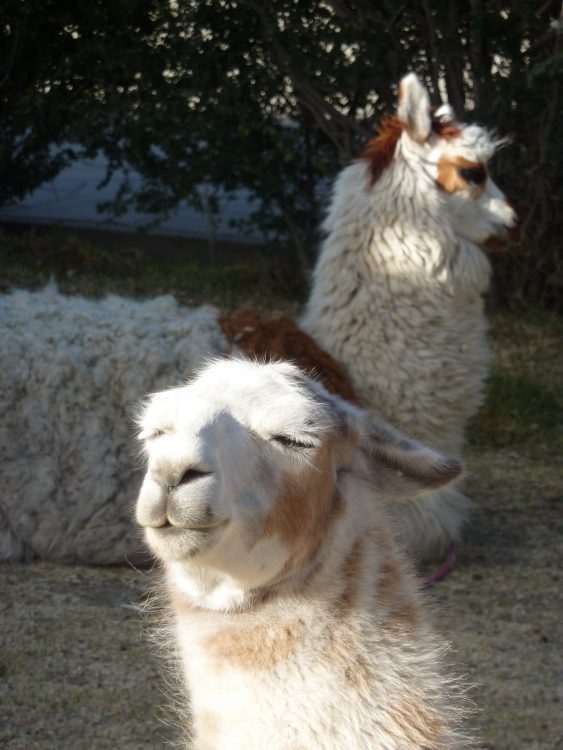 “The highest road? Let me think… It’s over towards Argentina.”

Indeed, the one you’re thinking of is not even in the top ten. Some time ago I researched this question and with the help of Dheeraj Sharma I came up with Quebrada Ojos del Salado (Ravine of Salty Tears) in Chile as the clear winner.

The road is near the border with Argentina and it’s generally agreed that it reaches to 6646 metres on the mountain whose peak is at 6893m, which makes it the world’s highest active volcano. The base camp for climbers attempting the mountain is somewhat lower again at Refugio Atacama. Highway 31, a well-maintained gravel main road, is not terribly far away. There are no other accessible, motorable roads in the world above 6000 metres.

“Yes, but,” I can hear you say, especially if you’ve ridden to the top of a well-known and carefully signposted pass some 40km from Leh in Ladakh and are under the impression that you had reached the highest motorable pass in the world, “what about Khardung La?” 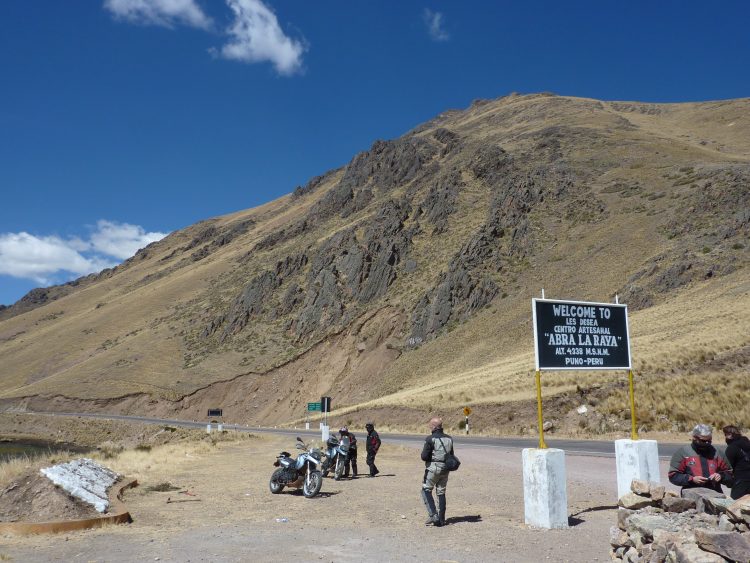 This is the highest I’ve ever been without the use of chemicals.

Sadly, just because a sign says something doesn’t mean it’s so.

Dheeraj Sharma, to whom I am enormously grateful for his research, was under the same impression once. He recalls “posing with the sign board of Khardung La Pass in Ladakh and having a great sense of achievement… However,” he goes on, “for those of us who have scaled over Khardung La Pass and felt that we were on top of the world then I would like to pause here and break your heart…”

What a bastard. But he makes up for the breakage by pointing out that the actual highest accessible and motorable pass (rather than a road) in the world is not terribly far away if you’re hanging around Khardung La anyway.

“It’s about 235km from Leh,” he writes, “and it is called Umling La.” It reaches 5883 metres, and the Indian DoW (Department of Works) has done a wonderful job on it – it is even tarred! It’s true, I’ve seen the DoW photos – they apparently had to send their workers to a lower altitude after a short while because they became disoriented and incapable of working at that altitude.”

We leave India again for the third highest road, and head for Bolivia. The road to Uturuncu is in Potosi and until recently was often considered to be the world’s highest motorable road. It reaches 5,777 metres.

Number four is the road on the uphill side of Mana Pass or Dungri La, at 5610m on the border between Tibet and India in the state of Uttarakhand. You need a pass (no pun intended) from the Indian Army, but it’s no problem to get that apparently. “The well-graded gravel-dirt road is higher on the Indian side than the new road on the Tibetan side,” says Dheeraj. Theoretically that would make the road on the Tibetan side number five, but let’s not quibble.

This is not the volcano with the highest road, but it is not far away.

We’ll call Marsimek La or Marsimik La number five. It is in Ladakh, India “where civilians, though native to India, with prior permits from the army can travel and scale this daunting pass at an altitude of 5582m,” writes Dheeraj. “Getting a permit to Marsimik La is a little easier in comparison to getting a permit to that highest road to Mana Pass or Dungri La road.”

Number six goes to Semo La, in Tibet, at 5565m. It is in central Tibet and it seems that “Travellers use this route as an alternative access route to western Tibet and Mount Kailash, especially when mud makes access by the more southern route difficult.“ It sounds reasonably accessible, especially if you’re in Tibet anyway.

Photi La is number seven. At 5524m high it is “about 30 odd kilometres from an amazingly beautiful place on this earth called Hanle,“ writes Dheeraj. That takes us to number eight, Dongkha La or Donkia La Pass at an altitude of 5486m. It connects Sikkim in India with Tibet. This pass is in North Sikkim with Tso Lhamo Lake or Cholamu Lake, the 14th highest lake in the world, close by. The pass is controlled by the Indian Army and once again you need to get special permits to visit, and the permits are mostly hard to get.

Kaksang La, once again in Ladakh, is ninth at 5438m. “Please note,” says Dheeraj, “at times, even after having permits, the army does not allow you to travel on this route and can send you back from the checkpoint in case they deem unsafe to travel further for civilians.” 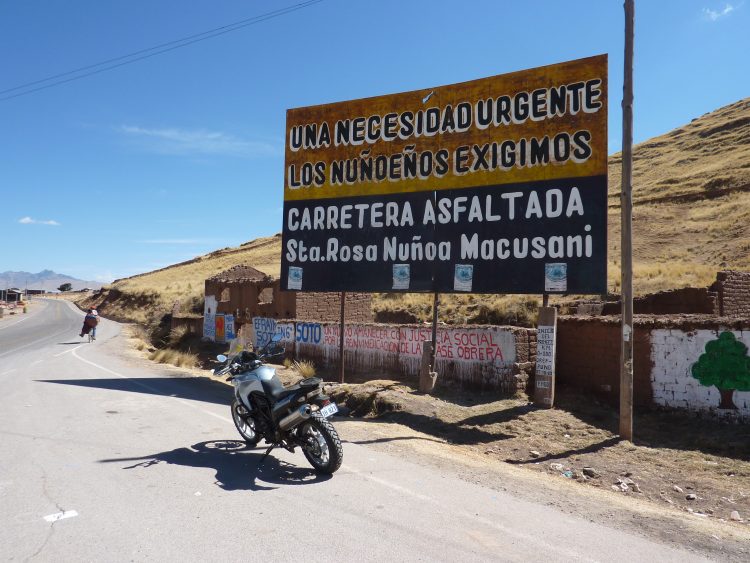 Who would have thought that South America held two of the three highest motorcycleable roads in the world?

At number ten is another Tibetan pass, about 110km northwest of Lhasa. It is Suge La at 5,430m

The road to the top is in decent condition and after reaching the top, you get an amazing view of Chomo Gangtse mountain, which boasts an altitude of 7,048 metres.

It took modern SRTM (Shuttle Radar Topography Mission) and GPS data to establish that number eleven, Chang La, at 5360m is actually higher than Khardung La as well. “Chang La is quite a beautifully located pass on the way to majestic Pangong Tso Lake in Ladakh, India which is visited by thousands of tourist every year as soon as the season in May – June starts after the opening of Manali – Leh Highway or Srinagar – Leh Highway,” writes Dheeraj.

And Khardung La, at 5,359m? It’s number twelve. In a charitable mood, Dheeraj concedes that while it may not be the highest, it is probably “the most clicked pass… in the world for sure.”

What, me worry?
It is not healthy to worry about things you cannot control

Travel
Why Do We Hury Home During a Crisis?