The wooden bodywork surrounds and cradles a very large cylindrical battery pack.  It is mounted in the middle of the bike at an upward angle.  This bike has one of the few designs out there that forgo the now traditional rectangular “box of batteries” look. 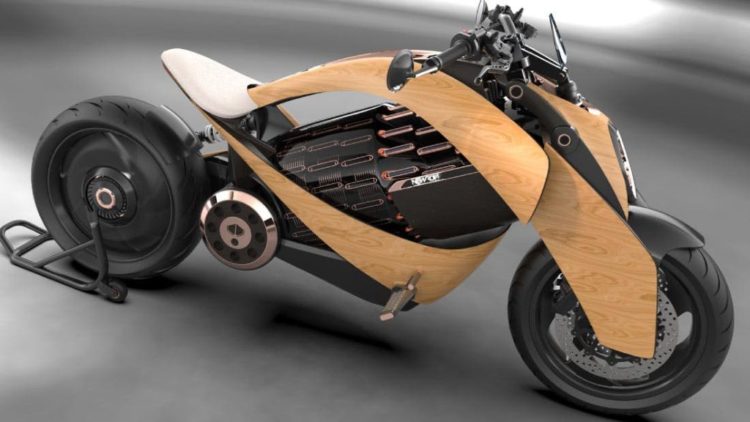 Glimpses of a new design

We only get right side pictures of the bike so it’s difficult to tell much about the electric bike’s makeup.  Upfront is a girder type fork that seems to be becoming popular with some of the more “daring” electric motorcycle designs.  Large twin discs look to be more than enough to bring the bike to a rapid halt.

The bike’s electric motor is visible and appears to be mounted to the rear of the battery pack.  We also get glimpses of what looks to be a single-sided swingarm with a cantilevered monoshock.   Though mostly hidden, it looks like the bike will use a shaft final drive.

According to Newron, its electric motorcycle incorporates built-in smart technology.  One claimed feature is intelligent power control.  It reportedly will regulate your energy use based upon your planned destination.  If the battery charge begins to get low, it will automatically reduce energy usage to ensure that you reach your destination.  If that system really works, it could help alleviate range anxiety for some people. 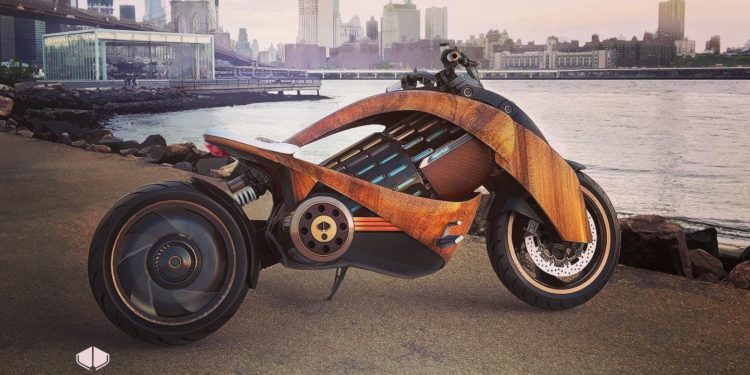 Bringing the bike to market

As more and more electric motorcycles emerge, creative designs have begun to flourish.  Curtiss has shown photos/renderings of several different electric motorcycles but has yet to show one in public.  Newron’s design appears to be much more “finished” than any of Curtiss’ announced models.

Newron says it has completed incubator programs with Dassault Systems and the Advans Group.  If this is true, Newron likely has the engineering chops to actually bring this bike to market.  Newron is currently planning an initial run of 12 bikes for 2020.  Thereafter, they hope to expand production to larger quantities in 2021.