I went from wearing blue jeans and construction boots to donning a Klim Artemis suit. But while I appreciate the high-end ADV gear, there’s one thing I still refuse to wear: adventure boots.

A few years back, I could finally afford a pair of “real” adventure boots. I chose the TCX X-Desert boots, highly recommended by a friend who was a bike mechanic and commuted a lot (in Scotland, where rain pretty much never stops!).

The TCX X-Desert were great a first – very comfortable to ride and walk around in, waterproof, and with reasonable safety features.

However, as I began riding off-road more, the boots just didn’t stand the test. Some six months in, the boots began leaking water and wearing very quickly.

Riding round the world and living off my bike, I need gear that’s hardware. After the TCX mishap, I began thinking: who wear rugged, heavily protected and waterproof boots daily and walk in them a lot? Miners, that’s who! Surely, there’s a seriously tough mining boot out there that could be my answer?

Unfortunately, after riding in mining boots for a few weeks, I had to ditch the idea. The boots I got felt extremely clunky. It was like my feet were encased in hard cement. Needless to say, walking in them was pure hell.

It’s entirely possible that I simply got the wrong kind – these mining boots, on the other hand, do look pretty promising.

Finally, I ended up in Gaerne SG-12 motocross boots. I couldn’t really do much walking in them, however, and they weren’t comfortable on long hauls, especially if it involved standing on the pegs for hours. 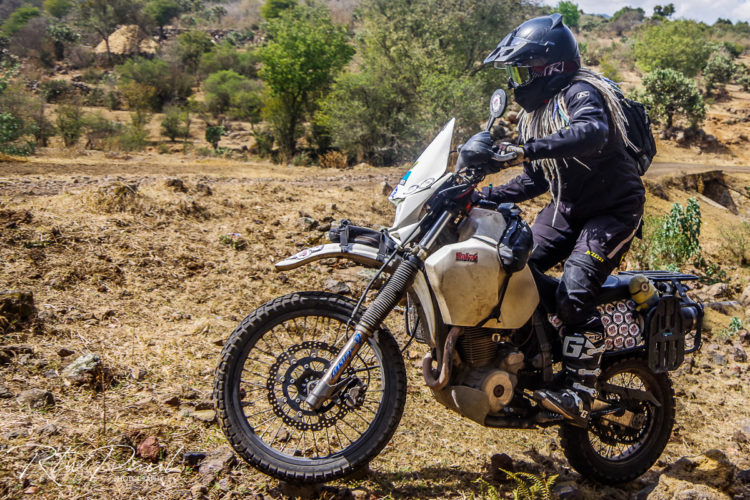 The Gaernes also weren’t waterproof, which was annoying as I now had to carry GoreTex socks. However, the level of protection was unparalleled. I have dropped my bike on my ankle, came off on rocky trails, and have been squished between a bus and a car while lane splitting in Colombia. In all three cases, I didn’t even get a bruise.

After riding in my Gaernes for two years, I noticed a lot of Dakar riders wore Sidi Crossfire boots, and a lot of them had great things to say about them. With the recommendation from Nathan Rafferty, a Dakar rider I’d met in Peru this year, I decided to go for Sidi, and I’ve never looked back. Two cross-country rallies and over 4,000 miles of travel later, I think I’ve found what I was looking for: great protection plus comfort, even when you’re spending 10+hours on the bike and still have to run around a rally bivouac or town. My Sidi Crossfire 3 TA (I chose these as opposed to SRS simply because of sizing, as there is no women’s version and the TA’s were the smallest available at the time) are, technically, motocross/enduro boots, but to me, they’re ideal for both rallies and traveling. To top it off, they’re surprisingly water-resistant. 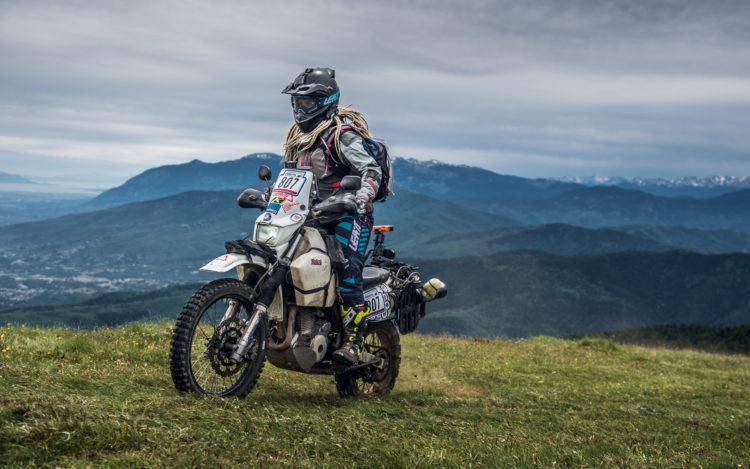 So what’s the bottom line? Adventure boots can be great for weekend rides or holiday adventures, but if you’re setting out on a journey that’s longer than three months, consider something sturdier, more protective, and comfortable instead.