Young people and motorcycles: it seems that whenever the topic is brought up, people immediately fall into two categories.

There are those who think all millennials are smartphone-obsessed, self-centered, soulless indoor weaklings who flip out at the thought of doing anything outdoorsy or requiring manual work and can barely navigate to the next hip vegan cafe, let alone a motorcycle garage or a BDR.

And then there are those who think all young people need is a little more money, smaller displacement motorcycles, and a bit of encouragement.

The Bear has recently written an article about why kids don’t ride. While I think it’s an interesting read, and I found myself nodding a couple of times while reading it, I’m going to argue that although kids vape instead of smoking nowadays, they still love motorcycles.

So do young people actually ride, or are we all just Netflix and video games zombies?

If you scroll down your Instagram feed or search Youtube, there are plenty of young people riding round the world. Lea Rieck, Ed March, Kinga Tanajewska, Noraly “Itchy Boots”, Noortje Nijkamp, Anatoly Chrenyavskyi, and many more world travelers traipsing around the globe on their motorcycles are in their thirties, so not exactly kids, but most of them learned to ride when they were teenagers and twentysomethings without ever seeing The Wild One or Easy Rider.

Kane Avellano, the youngest person to circumnavigate the world on a bike, was 24 at the time of his journey, and Henry Crew who set out to beat Avellano’s record is barely 22.

So while the appeal of the iconic leather-clad 50’s motorcycle hero might have faded, it seems young people are finding their way to riding all on their own. But is motorcycling still cool?

The New Kind of Badassery

Peer pressure is real, and so is the desire to be cool. But you don’t have to aspire to be a chain-smoking outlaw on a Harley to be badass any longer. For one, there’s hipsters, embracing the cafe racer culture like there’s no tomorrow; having a vintage bike and a manicured beard (or glitter on your helmet) is the new cool. And whether you agree with the aesthetics or not, the fact remains that events like The Distinguished Gentleman’s Ride and Babes Ride Out attract thousands of young attendees dressed to impress, aboard classy-looking motorcycles. 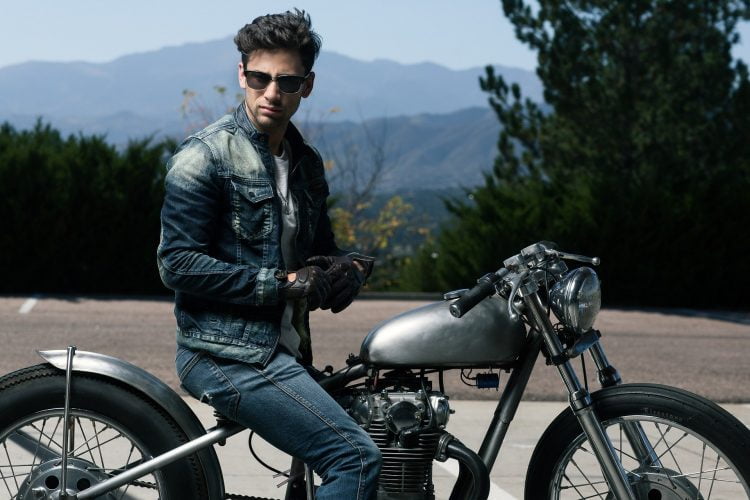 Yet another shade of cool these days is doing something meaningful with your motorcycle travels. As an example, Janelle Kaz is riding her Indian motorcycle across South America and working as a wildlife protection activist and journalist, Hannes Tiedens spends a large portion of his time volunteering with underprivileged kids in Medellin, Colombia, while Vasilisa Komarova hopes to raise awareness about the violence women and girls experience in developing countries such as Bolivia. Plenty of young riders volunteer while on the road or raise money for charities; at the same time, they might also be switching to e-bikes or pushbikes for environmental reasons.

All in all, however, what’s cool and what’s not changes with every generation. Sure, it might have been all about chrome, leather, and riding off into the sunset at one point. Now it’s about retro-chic, adventures on a global scale, and environmental and social activism. While I can see how much contempt some of these things may provoke in the hearts and souls of the older generation, I’m not sure they’re worse than all the drunken outlaw antics in The Wild One. Personally, I think Ewan and Charley are a lot more positive role models than Johhny Strabler.

Can parents inspire their children to ride?

Sure, as a teenager, you might have thought your dad’s golfing was lame. I hated classical music concerts that my own dad, a music history professor, used to drag me to. With a vengeance.

But motorcycling is a whole another ball game in itself; riding around the world isn’t the same as going on a cruise.

Gianna Velarde, a Peruvian Dakar rider, says her dad’s decision to teach her to ride at fifteen helped her discover her passion (and beat cancer). Sara Garcia, the Spanish Dakar malle moto rider, had her father with her during the rally; a few of my own world-traveling buddies admit they still ride with their dads sometimes because it was their fathers who introduced them to motorcycling.

So do kids think motorcycling is lame if their parents ride? I guess it would depend on the parents.

And besides, it’s not just about dads, it’s about moms, too. Wendy Crockett, this year’s Iron But Rally Winner, is planning to ride South America with her four-year-old in a sidecar. Anastasiya Nifontova, Dakar malle moto finisher, has two kids; somehow, I doubt the children of these women will ever think motorcycling is boring. 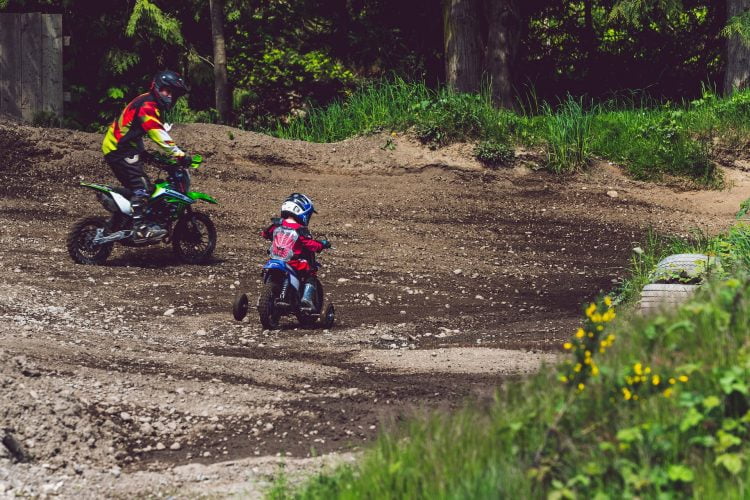 There’s a good chance that in 2050, I’ll be writing an article complaining about the contemporary kids buzzing about on their electric motorcycles and knowing nothing of the struggles of changing out a burnt clutch or the joy of hearing a purring engine. I’ll be reminiscing how back in my day, we had to actually ride places instead of having an Uber e-bike rental service available anywhere in the world. I’ll be lamenting the days of the unlimited off-road riding and messy oil changes, and someone will probably dismiss me with an “OK Millennial”.

But the kids will be fine, and they’ll keep on riding.

3 of the Most Often Overlooked Countries in the World