During the last year, I’ve written about going from ADV to rally more than I have ever imagined I would. Back in 2019, hanging out in Arequipa, Peru, and realizing Rally Dakar was about to begin right in front of me, I wasn’t entirely sure I wanted to chase it all that much. I was never into racing much, I’d told myself; accreditations were insanely expensive, I needed to do a thousand-mile border run just to be able to stay in Peru for the Dakar, and I wasn’t much of a rally expert, anyhow. I didn’t even know how roadbook worked, or what “liaison stage” meant.

All it took was setting foot – and tire – in the first Dakar bivouac in Playa Magdalena, Lima, however, and I was hooked. Fast forward a year, and I’ve now got a Hellas and Hispania finishes behind me, hoping to add a Panafrica chase, another Hellas finish, and hopefully, an Iberian Rally finish to the list. But I realized something today: I’ve written extensively about my rally experiences, rally bikes, amateur-friendly rallies, rally costs and budgets… In fact, I got so obsessed with the rally world I’ve dedicated an entire website to it. But I’ve never mentioned the “why”, and maybe that’s where I should have started in the first place. 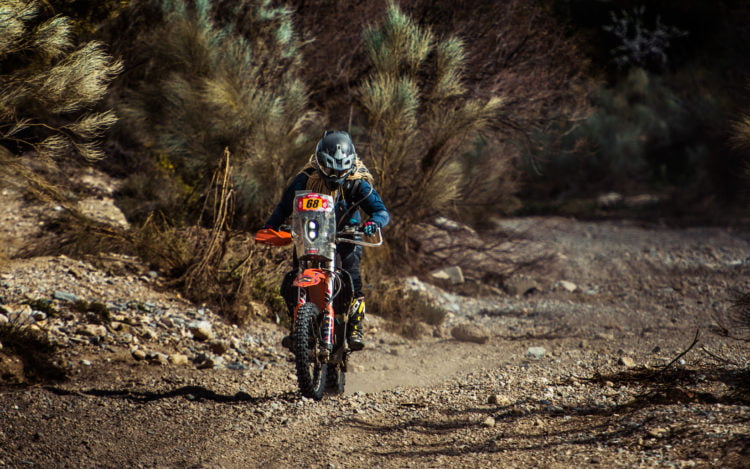 It isn’t the fact that rallies aren’t very expensive, that they are achievable for the average adventure rider, and that they are doable even if you don’t have the perfect rally bike that would entice anyone to give rally racing a go. Much like emphasizing the low costs or the relative ease of riding around the world won’t inspire people to hit the road much ( whereas poetry will), nobody thinks of entering a rally because they heard it’s achievable, or because it might improve their off-road skills somewhat. The attraction of low costs or practicality might work for a laundry detergent ad; a cross-country rally, on the other hand? It’s got to inspire a lot more.

So, why would you go from ADV to rally, especially if you’re perfectly content to simply ride?

The Magic of Flow

Ask any motorcyclist why they ride, and most will mention freedom, adventure, and thrill. But then, they’ll add something about being in the present moment so strongly that all the everyday things and all the worries seem to fall away. On a bike, your focus sharpens, your senses are heightened, time falls away, and the world seems to have taken on a brighter, more vivid color; the feeling of being fully “in the now” increases. It’s precisely that feeling that nudges us to throw a leg over the saddle again and again: being in the zone, in the zen, in the present so fully and uncompromisingly it feels like magic. 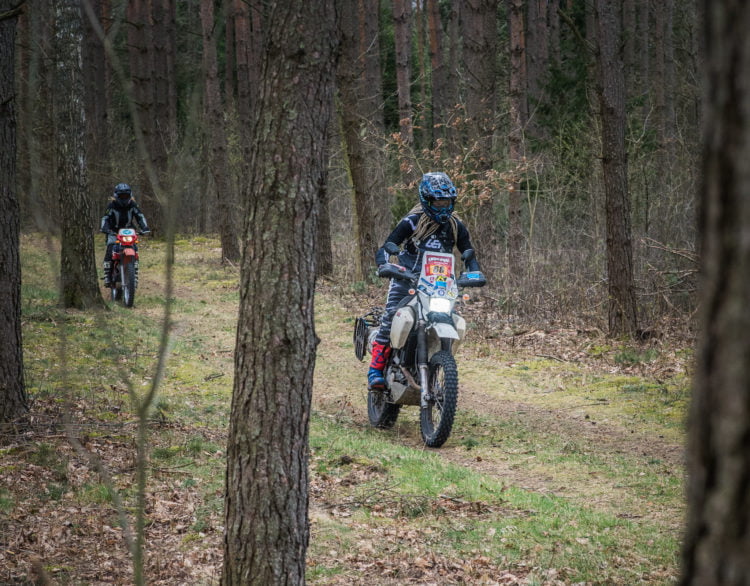 In a way, it is, but it’s not unique to motorcycles. Steven Kotler, an action sports journalist and researcher, has noticed that most active people – be it surfers, mountain climbers, or motocross riders – experience and seek it out on a regular basis. Psychologists call this state “the flow”, and it’s a very real, very biochemical, and very powerful thing.

Flow – not merely adrenaline – is what leads people to achieve the impossible, and flow is what we experience when we ride. Can you recall a particularly good day out in the trails, where you were so in the moment and so in tune with your bike that it felt like you were flying over terrain you’d normally perceive as a little too technical for you? The feeling of making decision after decision with ease, without even thinking about it, the feeling of being so in it that you’re suddenly riding almost effortlessly, covering a gnarly mile after a gnarly mile with a newly found ease, agility, and intuition exactly where to position your body or when to twist the throttle? When everything seems to blur into one fluid motion, when your bike seems to be responding to mere thought rather than conscious action, the single track unfurling under your tires in one smooth, playful continuity, and everything – you, the bike, the track, the air, the countryside – is so in sync you realize you’ve never felt so alive before? 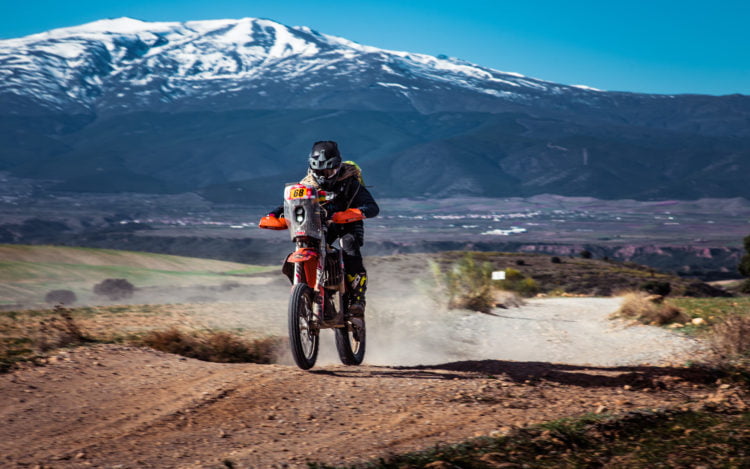 That’s what flow is, and that is what every single rally stage can induce at double the dosage. During a rally, getting into the flow is crucial if you’re to make it to the finish line, and because the risk is increased and the stakes are higher, the depth and intensity of the flow doubles or even triples. This, for me, what makes it all worth it; and it doesn’t necessarily happen all the time, every single time. But when it does – and with each rally, it seems to happen more often and more intensely – there’s no other high in the world like it. And the best part is, it does make you a better, more skilled, and more intuitive rider in the process.

By nature, I’m not a competitive person, and when it comes to riding, the only person I hope to beat in a rally setting is myself. I’m not going to deny that passing other riders out on the stage is an incredibly satisfying feeling, but I’m not sure it has anything to do with them or the fact that you were a little faster than them. For me, it’s got everything to do with the fact that everyday, there is a new me out there. Yesterday’s version of me passed no one; today’s me passed two other competitors; the version of me just three years ago could barely ride off-road…and I’m kind of excited to see what’s going to happen to next year’s me. A cross-country roadbook navigation rally is a full-on sporting event, no doubt about that. But it’s all about why you’re there, and it’s not necessarily about the podium, being faster than rider X, Y, or Z, or even getting a good result. For me, it’s about breaking your own record, realizing what else is possible, and beginning to see a silhouette of a new milestone or a new dream forming in the distance and taking shape. 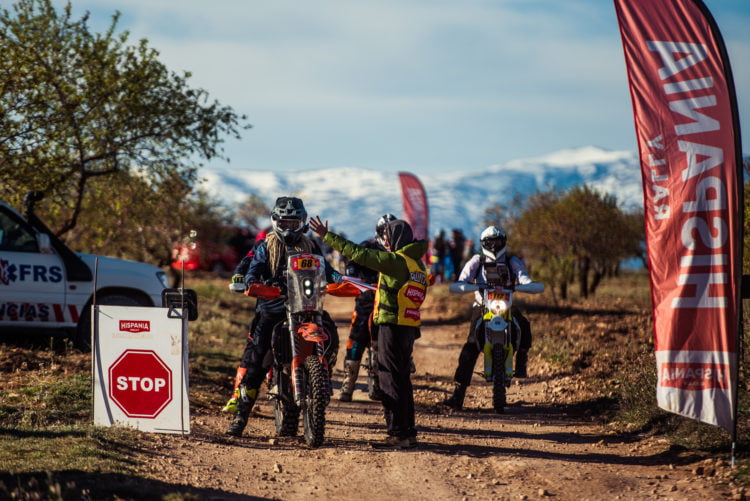 It’s not hard to fall into a routine, even if your routine is riding around the world or exploring a new Backcountry Discovery Route every month. As you gain more skills and experience, you also get comfortable with those skills, that bike, those routes. You grow a little complacent, a little set in your ways, maybe a little lazy; you start wondering if maybe you should get another bike, or camp more, or maybe ride with different people.

Do a rally instead.

It doesn’t matter whether you’ll come in 47th or 105th, whether you have the right bike, or whether you think you’ve got what it takes. Going from ADV to rally will shake you awake, change the way you ride and travel, and reshape your thirst for adventure in ways you haven’t even thought of before.

And when you finally cross that finish line, raw, filthy, and exhausted, covered in bruises and grime, dehydrated and beaten, but grinning from ear to ear, you’ll know its just the beginning.