Women Riders World Relay is a global female biker relay, covering several continents and dozens of countries around the world. WRWR is coordinating women motorcycle riders to participate in the “Women Riders World Relay” passing a baton from rider to rider and bringing fun, experience, confidence and a sense of unity to women riders globally. The WRWR vision is to be the global “eye-openers” of women in Motorsports. Now, after having traveled across Europe and Asia, the WRWR baton is about to reach Canada and the US.

What started as an idea to attempt a relay around the world led by women on motorbikes that founder, Hayley Bell, shared on social media in late August last year, has snowballed into a movement spanning over 100 countries across the world. As of today, over 18,000 women worldwide have responded to her call to show the industry the force behind the female biker market. 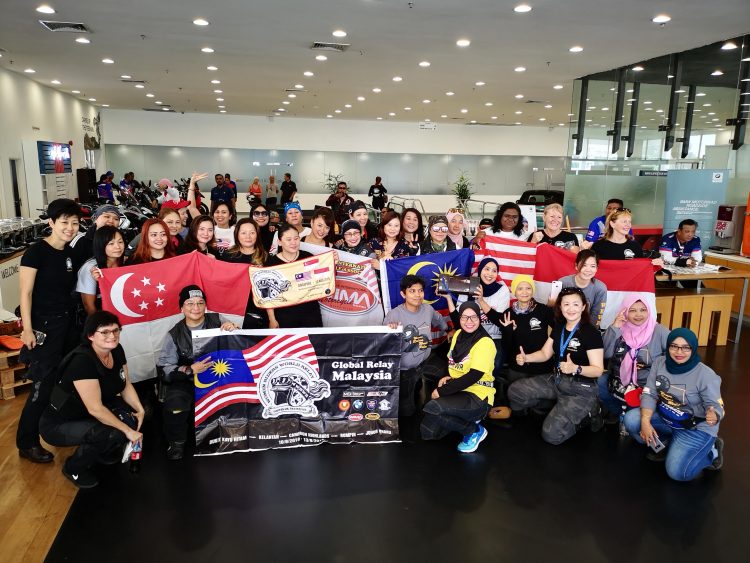 ‘Women Riders World Relay’ (WRWR) started on 27th February 2019 from John O’Groats, Scotland and will continue across the world over the next 12 months via a baton being passed from woman to woman, country to country. The route across Canada is taking place over 11 days in September and has already inspired and motivated almost 600 women participants, known as Guardians, to carry the hand-carved baton across this stretch of the relay. “Women Riders World Relay is a chance to celebrate and give light to women riders globally while also highlighting their increasing numbers as the fastest growing market in the motorcycle industry”, shares Hayley Bell.

WRWR facts and figures to date:

To mark the launch of the relay in Canada and to participate in the momentus global campaign,
WRWR Canada are hosting several large and small events:

● In Vancouver, Trev Deeley Harley Davidson will play host to the official WRWR Canada
launch event on Saturday, September 14th.
● On Saturday, September 21st the relay will be at Grand Bend Motorplex where the
baton will make a pass down the drag strip to showcase women in this motorsport.
Gear up and show your support by attending the events being hosted. Everybody is welcome to
come and celebrate the launch of Women Riders World Relay in Vancouver on September
14th.