North America still hasn’t gotten its hands on the Yamaha Tenere 700, but while you wait, check out this alternate scramblerization of Yamaha’s 700 platform, produced as part of Yamaha’s Yard Built program.

Yard Built is a Yamaha program that sees the Japanese manufacturer team up with custom motorcycle builders to create stylistic remixes of current motorcycles. There’s often an emphasis on the streetfighter or cafe racer genres. This particular machine is a tricked-out scrambler that’s intended to recall the glory days of off-road rally racing.

Deus Ex used a Yamaha XSR700 for the base. The XSR is already a retro-tastic machine, supposedly bringing the classic styling of Yamaha’s XS line to the MT-07.

There are varied opinions as to how well the re-design actually worked.

However, while the XSR700 might look a bit like a scrap heap, depending on your aesthetic sensibilities, most will probably agree this machine, dubbed the Swank Rally 700, is much more cohesive visually. It actually looks like a retro big-bore dual sport, the sort of machine one might use to assault the dunes of Mauritania. 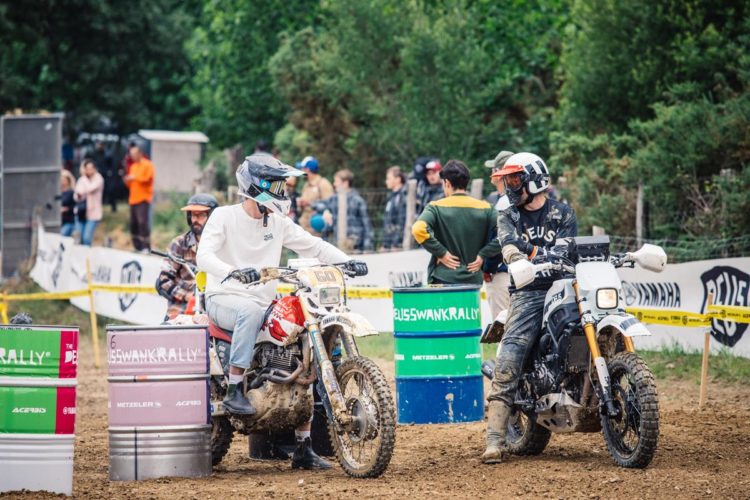 Okay, maybe not the dunes of Mauritania, but this machine did make an appearance at the Swank Rally. Photo: Yamaha

It’s not just a paint job with old-school plastics, though. Deus Ex also put a Yamaha Super Tenere 1200 front end on the machine, as well as a 19-inch front wheel. The press release said the builders had “off-road entertainment and action in mind.” If that was the case, then maybe a 21-inch front wheel might have been more appropriate, but the new 19-incher will surely be better than the 17-inch stock XSR wheel. The stock cast wheels were sent off to the junk heap, swapped out for Kineo tubeless spoked wheels with Metzeler Karoo tires.

The builders gave the machine softer front springs, as the XSR doesn’t weigh as much as the Super Ten. The rear shock was swapped out for an Ohlins unit (no mention of any changes to the swingarm to alter steering geometry, though). 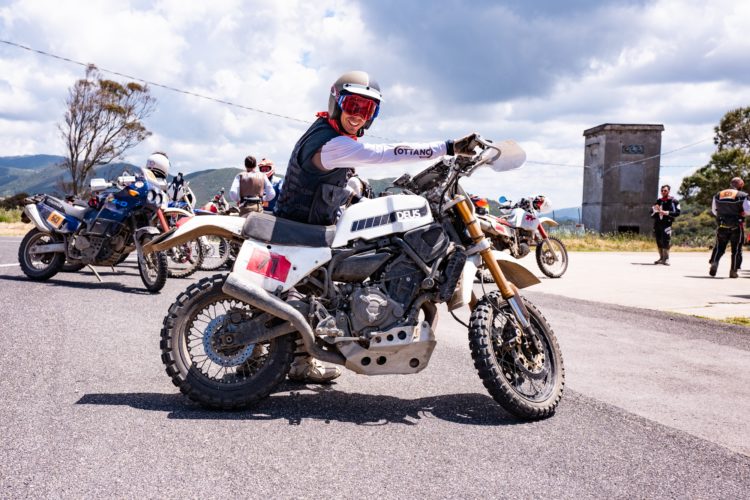 Deus Ex also put a handmade seat on the bike, with “hand-beaten aluminum tank,” and “hand crafted aluminum skid plate.” But by they time they got to the fenders and handguards, they must have worn their hands out, because those pieces are all Acerbis units. The exhaust is a custom 2-1 SC unit.

How well does the machine actually work? Yamaha says it entered the bike into the Swank Rally and showed it off at the Wheels and Waves festival afterwards. In other words, it’s at least decent enough to survive a rally in good enough shape to be exhibited at a custom show.