The outlet Autoblog says that Yamaha’s turbocharging idea is likely based on Europe’s more stringent Euro 5 regulations.  They go on to say that “Yamaha is developing a whole range of turbocharged motorcycle engines”.  However, they do not indicate which engine(s) the turbo will be fitted to. 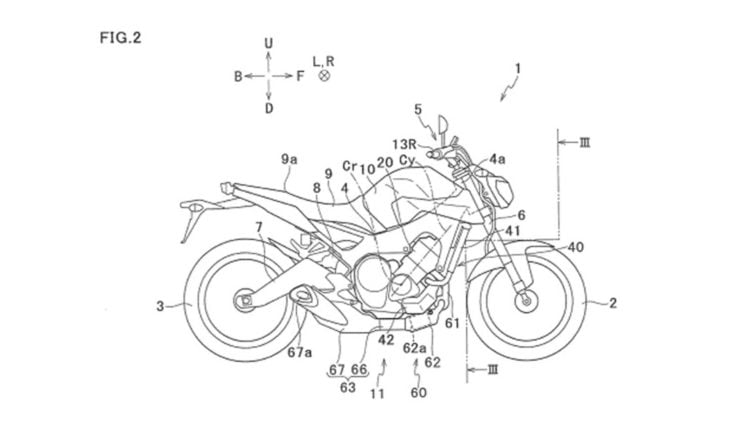 Ride Apart provides a link to Yamaha’s turbo patent application and adds that the application intends to optimize the position of the turbo’s actuator to increase the degree of  “freedom in layout of the catalyst.”  That does seem to indicate that Yamaha’s turbo interest is based on emission requirements.

Even with the above data, it’s not clear that Yamaha is close to completing a new turbocharged machine.  Never mind a lineup of turbocharged engines.  However, it does make sense that manufacturers are looking at ways to reduce emissions.  And, that turbocharging may be one way to stay within the stricter Euro 5 and beyond emission regulations.

It’s been three years since Yamaha’s initial patent application.  That means that Yamaha has had some time to develop its turbo technology.  But there’s no smoking gun here.  We are going to have to wait to see whether a turbocharger will make its way onto Yamaha’s engines in the near future.