Back in October of 2019, we told you about the rollout of Yamaha’s new Niken leaning trike.  The unusual-looking bike is slowly gaining traction with sport touring riders.  Well, apparently, Yamaha isn’t done with leaning trikes and has filed a patent application for an entirely new leaning machine.

The new trike has a front suspension quite different from the Niken.  Gone are the four telescopic fork legs.  They’ve been replaced by a double-wishbone layout that is connected to a centrally mounted shock absorber.   This setup is simpler than the Niken’s.  The change also has the positive trait of moving the trike’s overall mass down and lowering the machine’s center of gravity.  In theory, the new suspension should also help eliminate some of the weight of the Niken, which has a somewhat heavy front end feel and a higher center of gravity. 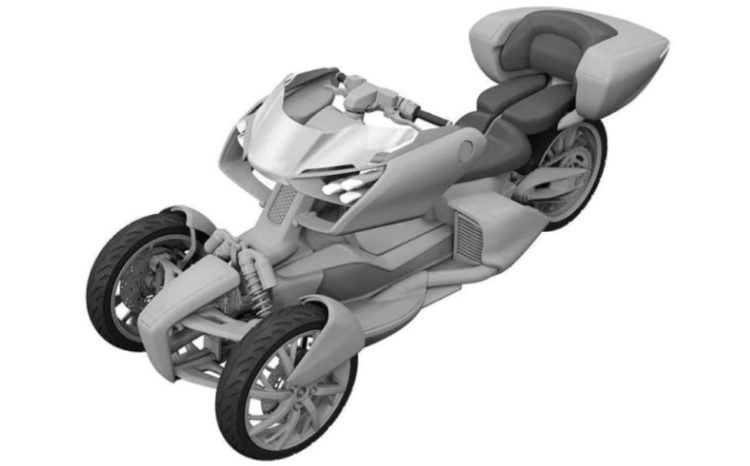 Interestingly, the front end of the machine shown in the patent application looks quite similar to the setup found on the Brudeli Leanster.  And, according to outlet carandbike, Yamaha bought the rights to the Leanster from Brudeli in 2018.  Hmm… 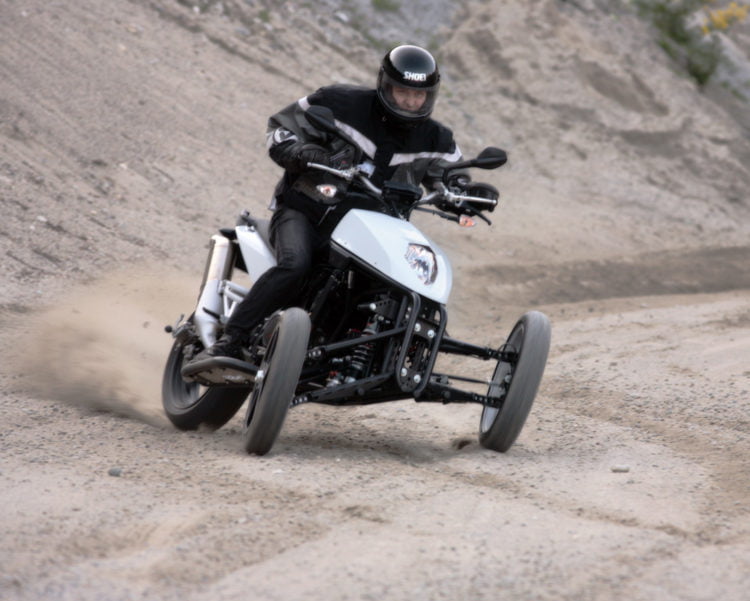 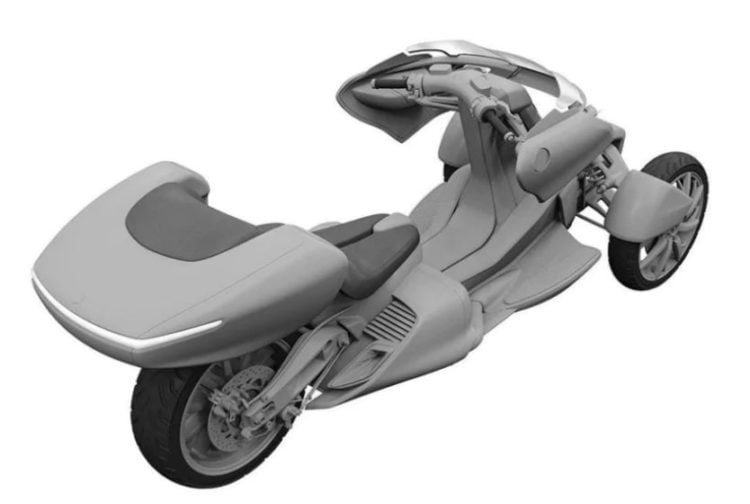 A view from the rear of Yamaha’s new leaning trike. Note the exhaust outlet near the swingarm.  An ICE engine will power the electric trike’s motor and recharge its batteries. Image credit: Yamaha

Based on the latest patent application pictures, the ICE engine looks to be located near the front of the trike with the batteries and electric motor under the seat.  With the cells there, there’s less underseat storage.  But Yamaha seems to have thought about that and included a large wraparound top box for extra storage capacity.

Make it to production?

While the patent application doesn’t guarantee that the machine will be produced, the patent images seem to be quite advanced.  And it looks quite similar to a machine that Yamaha purchased the rights to.  It will be interesting to see whether Yamaha decides to dip another toe into the pool of leaning trikes.