According Bicycle Retailer and Industry News, Yamaha has been granted more eBike patents in the United States in 2019 (15 in total) than bicycle industry leaders Trek (5) and Giant (10). Yamaha’s latest U.S. patent, filed in March of this year, describes a method of mounting a battery in the downtube of an eBike frame.

One of the largest motorcycle manufacturers in the world, Yamaha claims to have invented the first electrically power assisted bicycle in 1993, and has sold 4 million eBikes since then.

Yamaha is well known for their high-performance engines, producing winning GP bikes, Superbikes, as well as F1 engines, and special projects for automobile manufacturers like Toyota (starting with the legendary 2000GT), Volvo, and Ford.

The Yamaha eBike patent shows that they are concentrating on eBike design as a complete unit, not just a conventional bicycle with the electric motor and battery added. 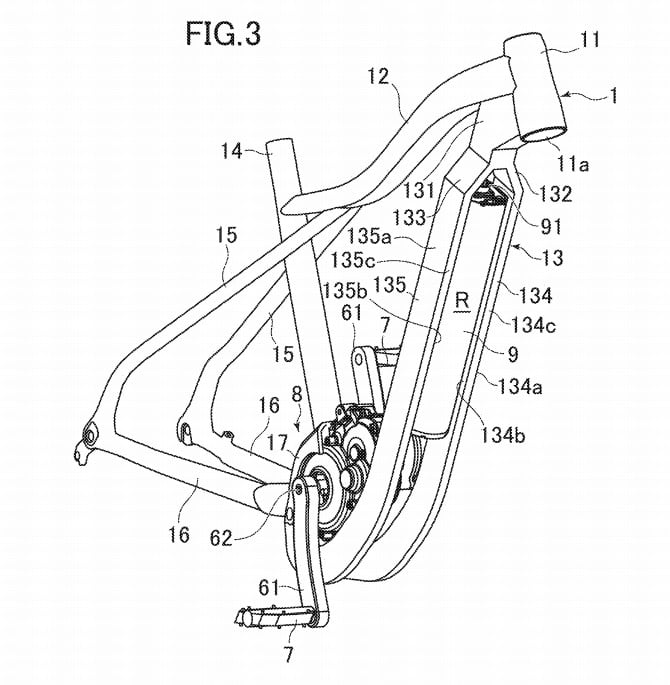 The patent describes a split downtube consisting of two side plates that sandwich the battery between them. The design is said to allow easy removal of the battery for charging or replacement, as well as doing a better job of hiding the battery from an aesthetic point of view.

With significant eBike sales in Europe, Yamaha is obviously looking towards the U.S. market as the next frontier for growth. With continued advancements in battery and motor technology, along with increased public acceptance, Yamaha appears to be barking up the right tree. Deloitte predicts eBike circulation to reach 300 million worldwide by 2023.