Yamaha’s MOTOROiD has won its first ever “Gold” honor at the International Design Excellence Award (IDEA) competition.  Over 1,870 entries from all over the world competed for recognition.  145 winners were honored across the Gold, Silver and Bronze levels with the MOTOROiD taking a Gold honor.  This is the second design award it has received.  It won its first award during the “Red Dot Award: Design Concept 2018” competition and took the “Best of the Best” award.

The MOTOROiD was built to demonstrate personal mobility in which the rider interacts harmoniously with the machine.  MOTOROid is equipped with artificial intelligence (AI) and autonomous technology.  It can autonomously sense its position and adjust its center of gravity to rise from its sidestand and remain upright without assistance.   It also has the ability to recognize its owner and approach its rider upon command. 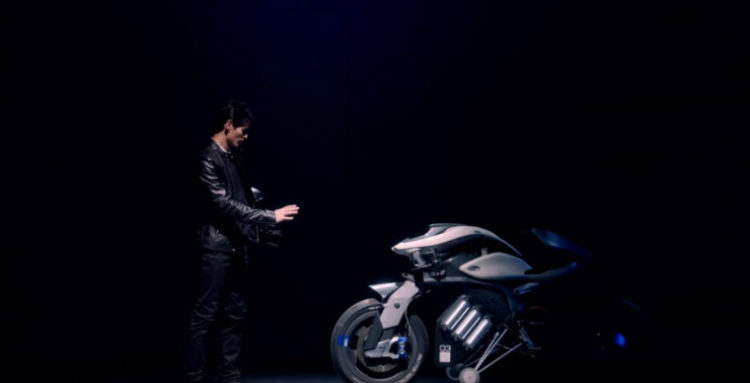 Created from scratch, the MOTOROiD bears the markings of a development machine.  The designers and engineers wanted to show the public what it takes to build a machine like MOTOROiD.  The frame still has clear evidence of the multiple cuts made to create it, the body retains unaltered scrapes and scratches and the tires are worn to the point that they are nearly smooth.

Design view of the MOTOROiD

The IDEA competition awards are among the most prestigious global design competitions.  Competitors are judged on many factors including innovation, user experience and aesthetics.  Designs in several categories such as Automotive and Transportation, Furniture and Lighting, Medical & Health and Commercial and Industrial.

Globally, the iF Design Award, the Red Dot Award and the IDEA Awards are considered to be the top three design competitions and MOTOROiD has scored in two of these awards.