“You know that you don’t get a warranty with a Royal Enfield?” begins a scurrilous story related to me by several Yezdi owners when I was in India with my friend Charlie back in 1979. “Instead you get a mechanic who runs along behind the bike, picks up the pierces that fall off and bolts them back on when you stop.” That story was inevitably followed by hearty laughter and cheerful revving of the two-stroke quarter litre engine. 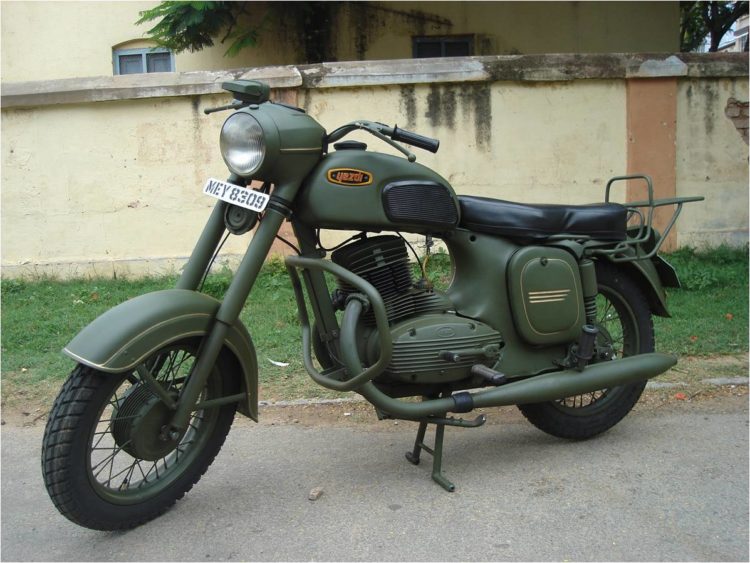 This is the closest image I have found to the bikes that our friends in Chandigarh rode. It is the 250 B Type.

Yezdi? Two-stroke 250cc? Anyone in or from India will know exactly what I’m talking about. For others, let’s look at a little history.

The Jawa motorcycle company was founded in Prague in 1929 by Frantisek Janacek. He bought the motorcycle division of the well-known German brand Wanderer and renamed it using the first two letters of his and the company’s names. In 1948, Jawa was nationalised and amalgamated with the other Czech motorcycle company CZ. Both brands became highly successful with their two-stroke bikes, especially the CZ race bikes and the Jawa 350 Californian. Unfortunately sales fell off in the late 1990s, but a daughter company called JAWA Moto took over in 1997 and has continued to build motorcycles to the present day.

Here’s an interesting aside: In the early ‘60s, Jawa invented the automatic centrifugal clutch for motorcycles. The company patented the clutch worldwide, and after it was copied by Honda for the 50cc Cub, Honda had to pay a fine and a license fees for each motorcycle sold.

In 1961, the Indian Jawa importers Rustom and Farrokh Irani realised that there was an opportunity to increase sales and profits by manufacturing the bikes in India (sound familiar?). Their company Ideal Jawa signed a licence agreement, established a factory in Mysore and began building the Jawa 250 Type 353/04. In 1971, still with technical assistance from Jawa, the company renamed the bikes – here it comes, finally – ‘Yezdi’.

Ideal Jawa exported the bikes to over 61 countries around the world including Turkey, Nigeria, Sri Lanka and Egypt. Guatemala was supplied with custom White Yezdi Roadkings for its police force. Both the Jawas and Yezdis built in India were actually more closely related to CZs, with both the frame design and the engine block drawn from that brand’s motocrossers. 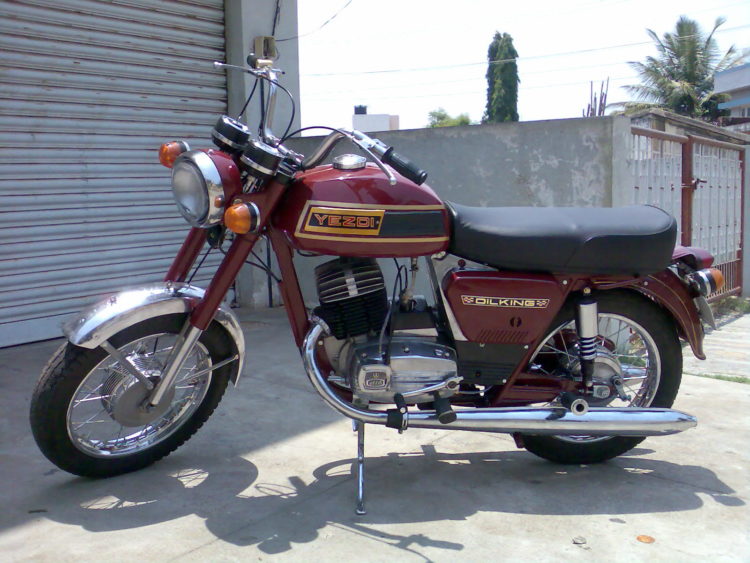 The Yezdi Oilking, so named because you no longer needed to mix oil and petrol.

In the ‘70s there were few motorcycle marques to choose from in India. If you were after what passed for performance and the chance to hot up your bike (that is, if you were young) you bought a two stroke 250cc Yezdi. If you were conservative (that is, older and/or better off) you bought a 350 or 500 cc Royal Enfield. Inevitably, Yezdi owners made jokes like the one that opens this story about Enfield riders – but I never heard any aimed the other way. I suspect that Enfield owners thought themselves above that kind of thing.

Charlie and I fell in with a group of Yezdi riders in Chandigarh, in northern India. They took us out to their ‘scrambles’ course to show off the bikes and their riding skills. That was a lot of fun, but when one of them asked Charlie if he could ride his XL250 Honda, he came back considerably sobered. The modern engine, even if it was a theoretically less powerful four-stroke, was an eye-opener. He was even more impressed by the suspension and the lack of weight. It’s no wonder that the introduction of Japanese bikes to the Indian market spelled the brand’s death-knell. The Yezdi factory closed in 1996, helped along by labour troubles. 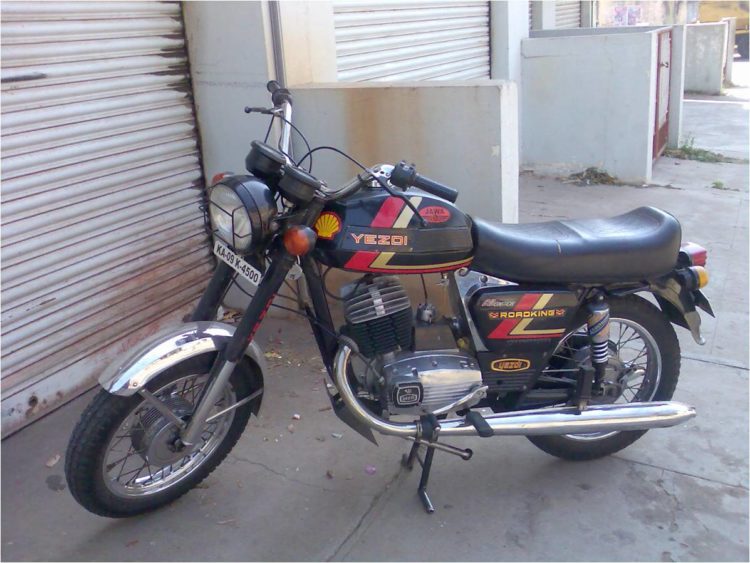 Yezdi Roadking replaced the Oilking; it certainly had a better name!

Yezdi motorcycle clubs exist in India to this day, and I think they may even be growing. The craze to restore these bikes is easy to understand; not only is there still a large stock of parts, but you can just about make your own if you have a lathe. Mahindra, the Indian manufacturer which has re-launched the names BSA and Jawa, is clearly aware of the power of the brand.

Website CarBlog India expects the company to take advantage of the name quite quickly. “Yezdi is going to make a comeback next year,” says CarBlog. “Like Jawa, it will be a modern version of the iconic bike. However, it will retain the original looks and look as retro as it can get.

“Jawa and Yezdi were one brand, but two different versions of a bike. Yezdi became more popular amongst the both and till now, it is much revered. At the launch of Jawa Motorcycles, Classic Legends [Mahindra’s new motorcycle company] confirmed that it will also launch more bikes further, which will include the Yezdi too.

“Most likely, it will sport a newly developed 250cc engine. The earlier Yezdi came in many variants, but the most popular were Classic and Roadking 250. We expect the names to be the same as earlier like Yezdi Roadking, Monarch, Classic, Deluxe and like that.”

Classic Legends has not yet made an official announcement about the adoption of the brand or the launch date of any new bike. It did, however, recently launch the official website for Yezdi. It is possible that a launch could happen as early as the end of 2019.