Sometimes people excel and don’t get the recognition they deserve.  For example, have you ever heard of Vicki Golden?  No?  Me neither, but by the time you finish this article, you will know about her.  And, perhaps be a bit jealous.

So who is Vicki Golden?  Well, she happens to ride motorcycles.  Actually, she races and flies motorcycles as well.  And she’s really good at it.  So what makes Vicki such a special rider?  Vicki is a professional freestyle motocross competitor currently traveling with one of the more elite teams; the Metal Mulisha. 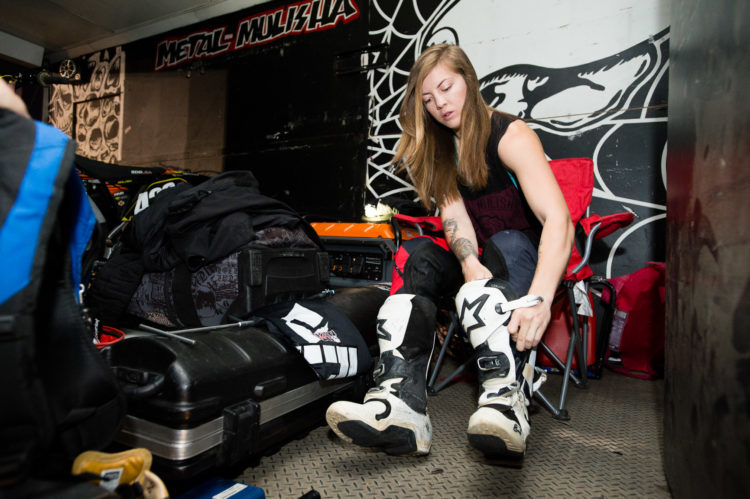 The day starts well before dawn. 4:30 for practice and press. Golden is no stranger to suiting up in the dark. Photo credit: X-Games

She started riding at the age of 7 to be like her bigger brother.  As her brother progressed in racing, Vicki wanted to take on the challenge as well.

She began racing as an amateur at the national level and turned pro by the age of 17.  Along the way, at age 16, she became the Loretta Lynn’s AMA Women’s Amateur Champion. 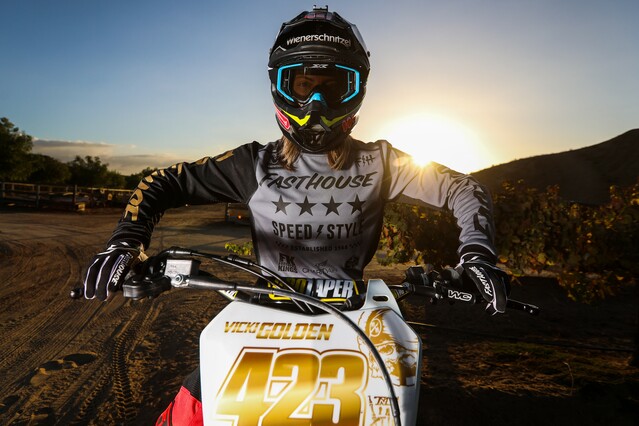 Not long after gaining that title, Vicki won her first gold medal at the Women’s Moto X Racing in the Summer X Games and collected her second and third gold medals in 2012.

Backflipping off of the big ramp

Still, she was not done wowing audiences.  In March of 2019, Vicki landed her first ever backflip on a full-size motorcycle using a 15-foot next level ramp.  The feat marked her as the only woman who has flipped one of the largest freestyle motocross ramps in the world. 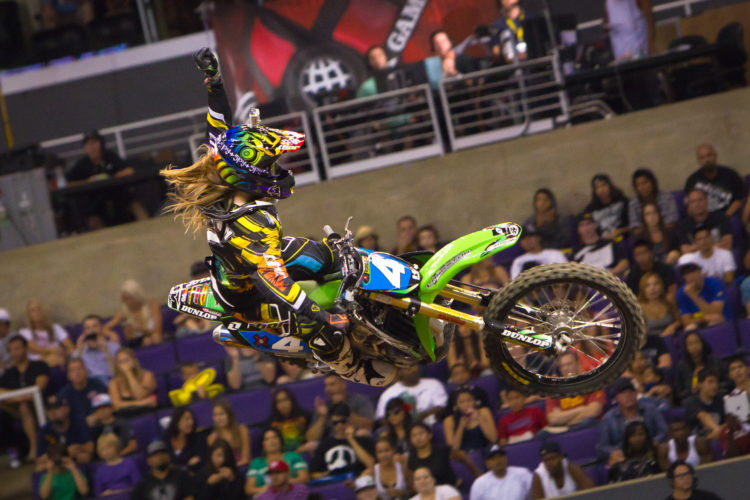 So now you know a little about Vicki Golden.  And do you now wish you could ride like a “girl”?  I do.  Bravo Vicki!