Zero Motorcycles has unveiled its newest machine, the fully-faired Zero SR/S earlier than initially promised.  The electric motorcycle manufacturer had teased that details would be revealed on February 24th.

Although Zero says the SR/S represents a bold new step by Zero Motorcycles in both form and function, the bike is heavily based upon its naked bike model, the SR/F.  With the SR/F as a base, Zero has made several changes and built what it says is its first fully faired “sportbike.

The primary changes to the SR/F are Zero’s creation of more aerodynamic design and a more open and a more comfortable riding position.  Zero claims that the SR/S is now “The most comfortable sportbike on the road.” 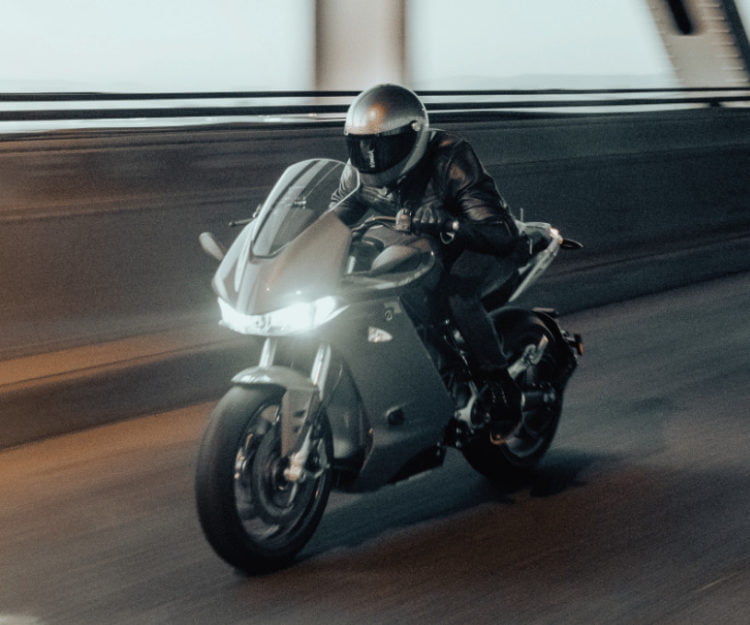 The Zero SR/S and its full fairing.

A large somewhat angular, yet swoopy fairing surrounds much of the SR/S’s trellis frame.  And, it is this fairing that provides significant improvements in the bike’s aerodynamics.  Unfaired machines have been Zero’s forte’ since its inception 14 years ago.  So designing a fully-faired machine is a significant departure from its status quo.

Zero has been known for its naked bikes, or motorcycles without any substantial body covering, since its birth 14 years ago. And so the Zero SR/S marks a bold new direction towards a sportier and more aerodynamic ride.

If you are wondering how efficient the SR/S’s new fairing is, you’re not alone.  Zero says that with its new fairing, the SR/S with a riding tucked in behind the fairing results in a 13% increase in efficiency and range when compared to the Zero SR/F. 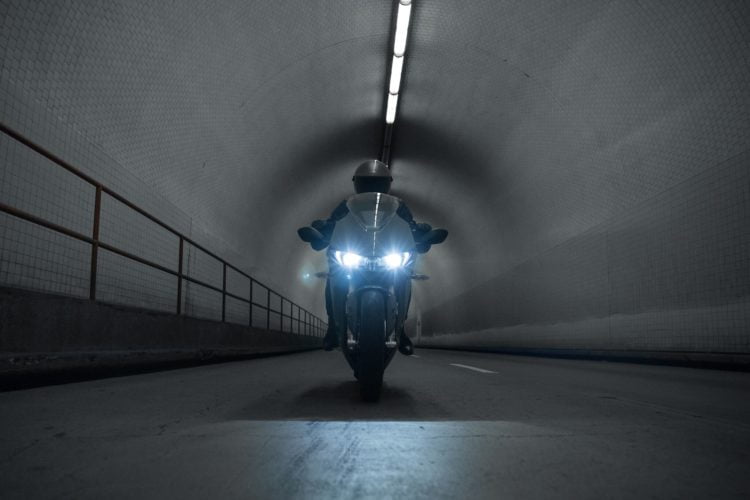 The Zero SR/S with its full fairing.

Zero also adjusted the bike’s riding geometry.  The SR/S’s handlebars are mounted higher, and the footpegs are mounted lower.  With this kind of setup, it’s not rocket science to believe that the SR/S could be more comfortable than the SR/F.  You now ride in a more upright position that should make “stop and go” riding and commuting more comfortable.  Zero claims that the SR/F is “The most comfortable sportbike on the road.” 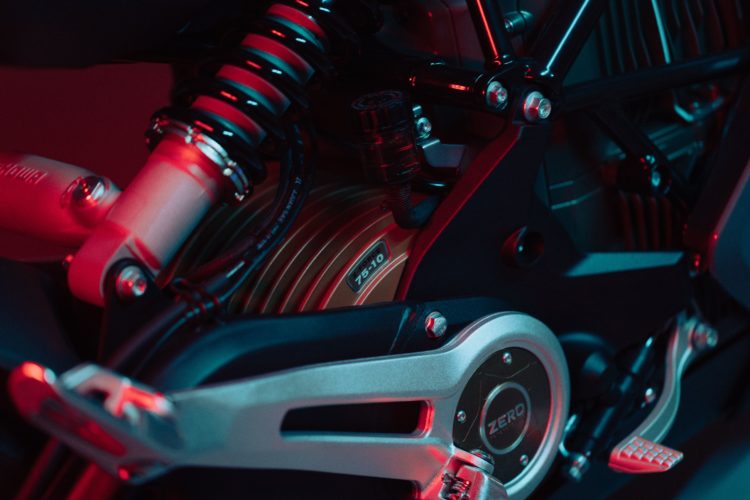 If you are wondering why the fully-faired and more aerodynamically efficient SR/S has the same range as the SR/F, the answer lies in the SR/S’s more upright riding position.  A more upright rider has greater wind resistance, which negatively affects the SR/S’s range.

Since the calculation of range is based upon the rider being in an upright position, non-tucked in position, it is just coincidence that the range figures between the SR/S and the SR/F are the same. It’s when a rider is tucked in behind the fairing that an SR/S could have a greater range than the SR/F.

The SR/S is available with one, two, or three Level 2 charger rapid modules.  Charging time from 0-95% is 4 hours with a single charge module.  With two charger modules, that time falls to 2 hours, and if you opt for three modules, that time drops to just over 1 hour.

Thanks to Zero’s intelligent Cypher III operating system and Bosch stability control (MSC), the new SR/S manages a balance between power and control that sets a new standard for premium performance. Cypher III acts as the central hub, integrating all systems on the motorcycle to deliver a superior riding experience. From Bosch’s MSC all the way to Zero’s next – gen app and dash, everything is seamlessly connected for easy and intuitive control.

The Cypher III system also provides full telemetrics.  It offers riders the ability to keep tabs on the bike with their smartphones.  There are a host of features that a rider can take advantage of.  Features like charging status, charge time scheduling, tip-over protection, or unexpected motion notifications.  It also has a Find-my-Bike feature that can track the location of the motorcycle, share ride-data with other riders, among others.

The Zero SR/S comes in two different models. A premium SR/S model with 6kW Rapid Charger, heated handgrips, and aluminum bar ends has a price of US$21,995.  If you opt for the standard model with a 3kW Rapid Charger, it will set you back $19,995.  An additional 3.6 kWh Power Tank is priced at $2,895.  It can be installed either at the factory or dealer beginning March 1st, 2020.

As an additional benefit, the SR/S is eligible for the federal government’s 10 percent plug-in vehicle federal tax credit. The new Zero SR/S will begin shipping to dealers today.

What do you think of Zero’s latest machine?  Let us know in the comments below!